My Course Is Run 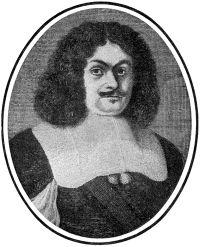 Gryphius, Andreas, was born Oct. 2, 1616, at Gross-Glogau, in Silesia. He was educated at the School at Fraustadt, Silesia, 1631-34, and the Gymnasium at Danzig, 1634-36. After being for some time family tutor in the house of Baron Georg von Schönborn, near Fraustadt (who crowned him as a poet in 1637), he was forced by the Counter Reformation in Silesia to find refuge in Holland. He matriculated as a student at Leyden in 1638, and was afterwards till 1643 University Lecturer. Thereafter he accompanied the son of a rich Stettin burgess and two Pomeranian noblemen in a tour through France, Italy, Holland, and South Germany, and then, in the end of 1647, settled in Fraustadt. In 1650 he was appointed syndicus of the principality of Glogau, a… Go to person page >

All tunes published with 'My Course Is Run'^ top