My Shepherd is the living Lord, I therefore nothing need 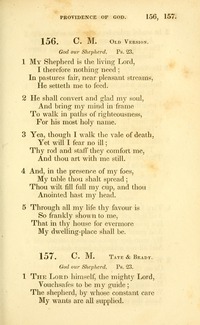 My Shepherd is the living Lord, I therefore nothing need

Thomas Sternhold was Groom of the Robes to Henry VIII and Edward VI. With Hopkins, he produced the first English version of the Psalms before alluded to. He completed fifty-one; Hopkins and others composed the remainder. He died in 1549. Thirty-seven of his psalms were edited and published after his death, by his friend Hopkins. The work is entitled "All such Psalms of David as Thomas Sternhold, late Groome of the King's Majestye's Robes, did in his Lyfetime drawe into Englyshe Metre." Of the version annexed to the Prayer Book, Montgomery says: "The merit of faithful adherence to the original has been claimed for this version, and need not to be denied, but it is the resemblance which the dead bear to the living." Wood, in his "Athe… Go to person page >
^ top

All tunes published with 'My Shepherd is the living Lord, I therefore nothing need'^ top 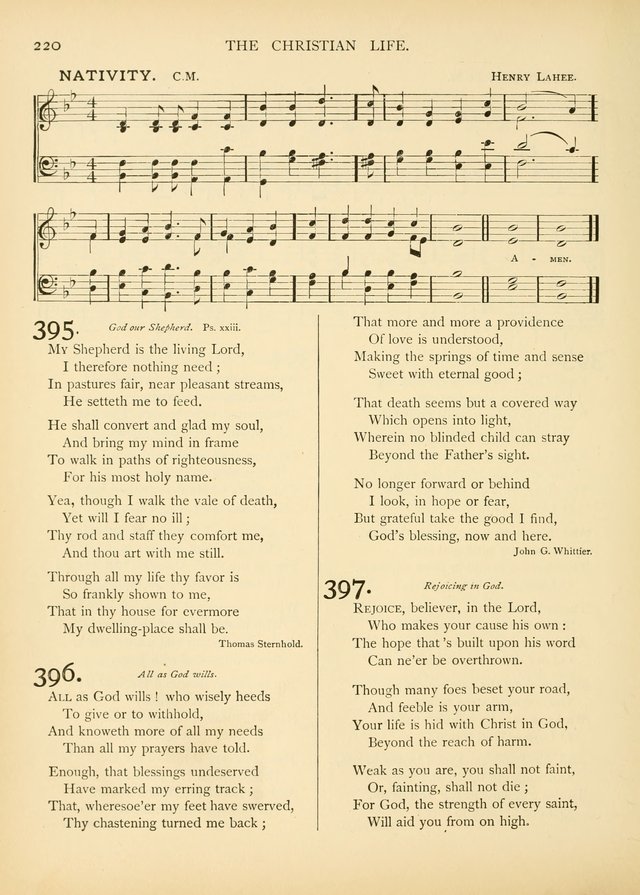