Naked as from the earth we came 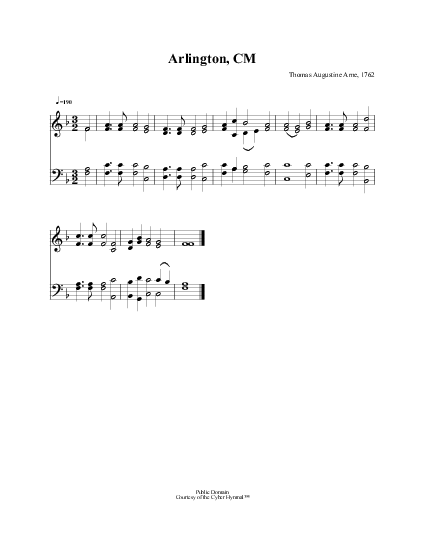 Naked as from the earth we came, And crept to life at first.

Naked as from the earth we came,
And crept to life at first,
We to the earth return again,
And mingle with our dust.


The dear delights we here enjoy,
And fondly call our own,
Are but short favors borrowed now,
To be repaid anon.


'Tis God that lifts our comforts high,
Or sinks them in the grave;
He gives, and, blessed be his name!
He takes but what he gave.


Peace, all our angry passions, then;
Let each rebellious sigh
Be silent at his sovereign will,
And every murmur die.


If smiling mercy crown our lives,
Its praises shall be spread;
And we'll adore the justice too
That strikes our comforts dead.

Naked as from the earth we came. I. Watts. [Submission.] First published in his Hymns and Spiritual Songs, 1707 (edition 1709, Bk. i., No. v.), on Job i. 21, in 5 stanzas of 4 lines, and entitled "Submission to afflictive Providence." In this form its use is limited. In the 1745 Draft Translations and Paraphrases of the Church of Scotland it was included, unaltered; but in the authorized edition of 1781, No. iii., it was given in a recast form, in which stanzas i.-iii. were Watts's rewritten, and stanza iv. was new. This recast, which has been in use in the Church of Scotland for more than one hundred years, is claimed for W. Cameron in the markings by his daughter of the 1781 Translations & Paraphrases. 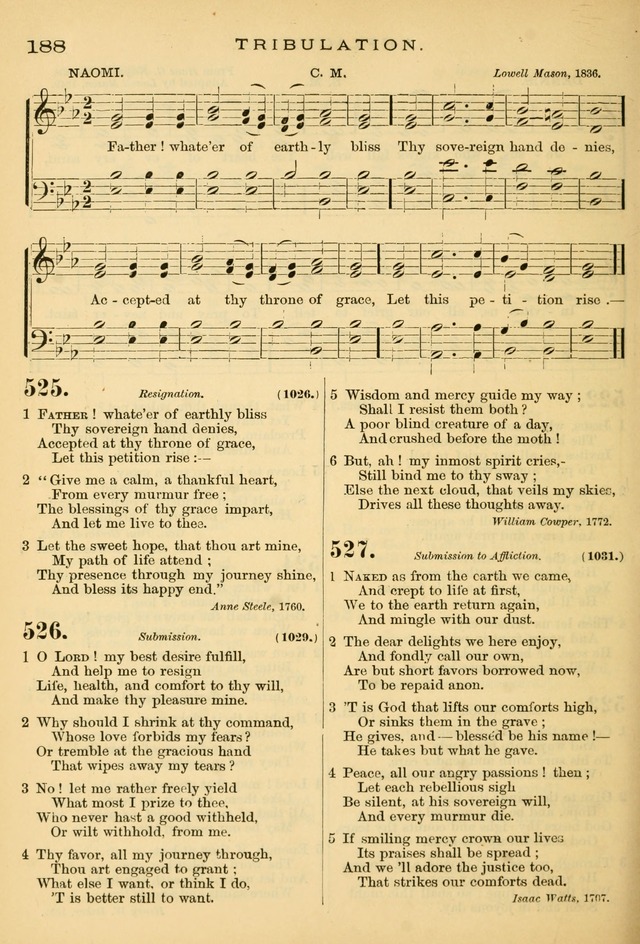