Not by the martyrs' death alone 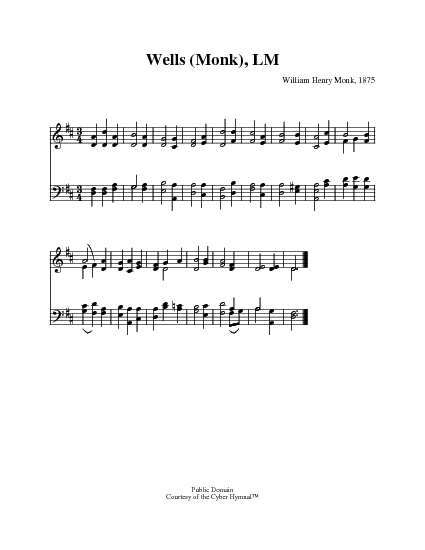 Not by the martyrs' death alone

1. Not by the martyr’s death alone
The saint his crown in Heav’n has won;
There is a triumph robe on high
For bloodless fields of victory.


2. What though he was not called to feel
The cross, or flame, or torturing wheel,
Yet daily to the world he died;
His flesh, through grace, he crucified.


3. What though nor chains, nor scourges sore,
Nor cruel beasts his members tore,
Enough if perfect love arise
For Christ a grateful sacrifice.


4. Lord, grant us so to Thee to turn
That we through life to die may learn,
And thus, when life’s brief day is o’er,
May live with Thee forevermore.


5. O Fount of sanctity and love,
O perfect Rest of saints above,
All praise, all glory be to Thee
Both now and through eternity.

Non parta solo sanguine. Jean Baptiste de Santeüil. [Saints, not Martyrs.] Appeared in the Cluniac Breviary, 1686, p. lvii., and his Hymni Sacri et Novi, 1689, p. 214 (edition 1698, p. 252). In the Paris Breviany, 1736, it is given for the "Common of Just Persons." The text is also in J. Chandler's Hymns of the Primitive Church, 1837; and Cardinal Newman's Hymni Ecclesiae, 1838 and 1865. Translated as:—
1. Not by the martyr's death alone. By I. Williams, in the British Magazine, Dec, 1833, p. 622, and again in his Hymns translated from the Parisian Breviary, 1839, p. 315, in 6 stanzas of 4 lines. This text is rarely given in its original form in the hymnbooks. That in Hymns Ancient & Modern is very considerably altered by the compilers; and that in the Hymnary by the editors. Thring takes the Hymns Ancient & Modern text, and adds thereto emendations by himself. Others adopt a somewhat similar plan, so much so that it is almost always safe to say that any given text beginning "Not by the martyr's, &c." is based upon I. Williams.

All tunes published with 'Not by the martyrs' death alone'^ top 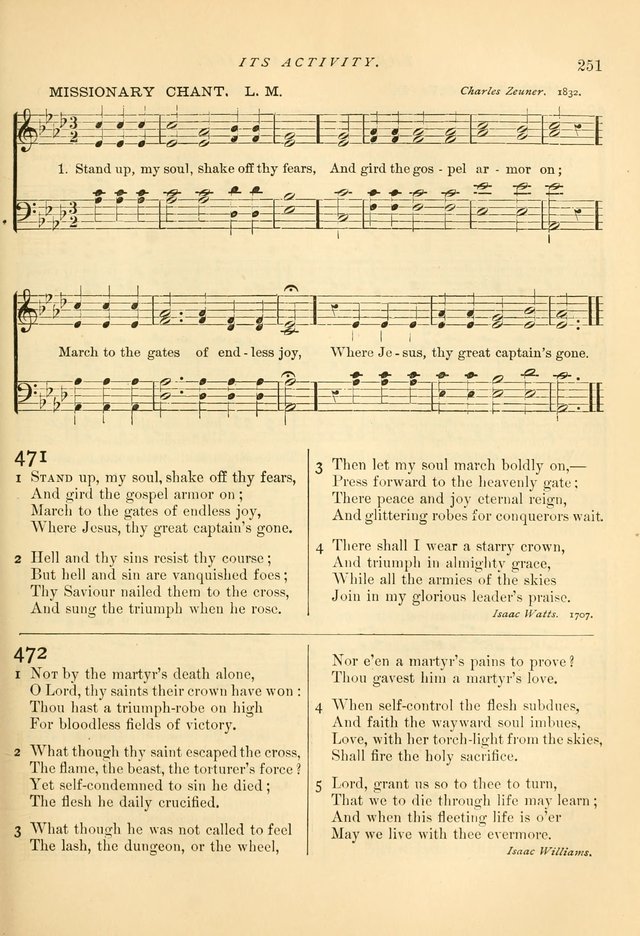 Display Title: Not by the Martyr's Death Alone First Line: Not by the martyr's death alone Tune Title: WELLS (Monk) Author: Isaac Williams & others; Jean B. de Santeül Meter: LM Source: translation in the British Magazine, 1833, and Hymns Translated from the Parisian Breviary, 1833) & the com­pil­ers of Hymns An­cient and Mo­dern; Cluniac Breviary, 1686
The Cyber Hymnal #4495
Include 14 pre-1979 instances
All instances^ top
Suggestions or corrections? Contact us