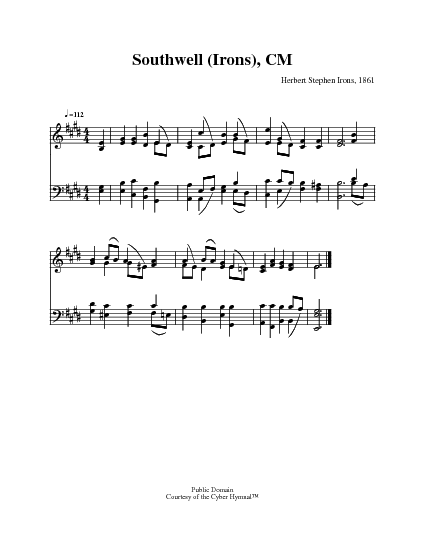 1 Now let our cheerful eyes survey
Our great High-Priest above,
And celebrate his constant care
And sympathetic love.


2 Though raised to heaven's exalted throne,
Where angels bow around,
And high o'er all the hosts of light,
With matchless honors crowned--


3 The names of all his saints he bears,
Deep graven on his heart;
Nor shall the weakest Christian say
That he has lost his part.


4 Those characters shall fair abide,
Our everlasting trust,
When gems and monuments and crowns
Have moldered down to dust.


5 So, gracious Saviour, on my breast
May thy loved name be worn,
A sacred ornament and guard,
To endless ages borne.

Source: The Voice of Praise: a collection of hymns for the use of the Methodist Church #233

Now let our cheerful eyes survey. P. Doddridge. [Jesus, the High Priest.] This hymn is No. 67 in the D. MSS., but undated. It is placed between hymns which are dated respectively "April 10,1735," and "January 1,1737/8." The heading reads "Christ bearing the names of His people on His breastplate, from Exodus xxviii. 29." When included by Job Orton in his posthumous edition of Doddridge's Hymns, &c, 1755, No. 8, in 5 stanzas of 4 lines, the heading was altered to "Christ's intercession typified by Aaron's Breastplate," and stanza i., l. 4, was changed from "With correspondent love," to "And sympathetic love." In J. D. Humphreys's edition of the Hymns, 1839, No. 9, the line reads, "His sympathy and love." He has also "And high o'er all the heavenly host" for "And high o'er all the shining train," in stanza ii. This hymn is in common use both in Great Britain and America, Orton's text being that commonly adopted. Sometimes, however, it reads, "Now let our trustful eyes survey."

All tunes published with 'Priesthood of Christ'^ top 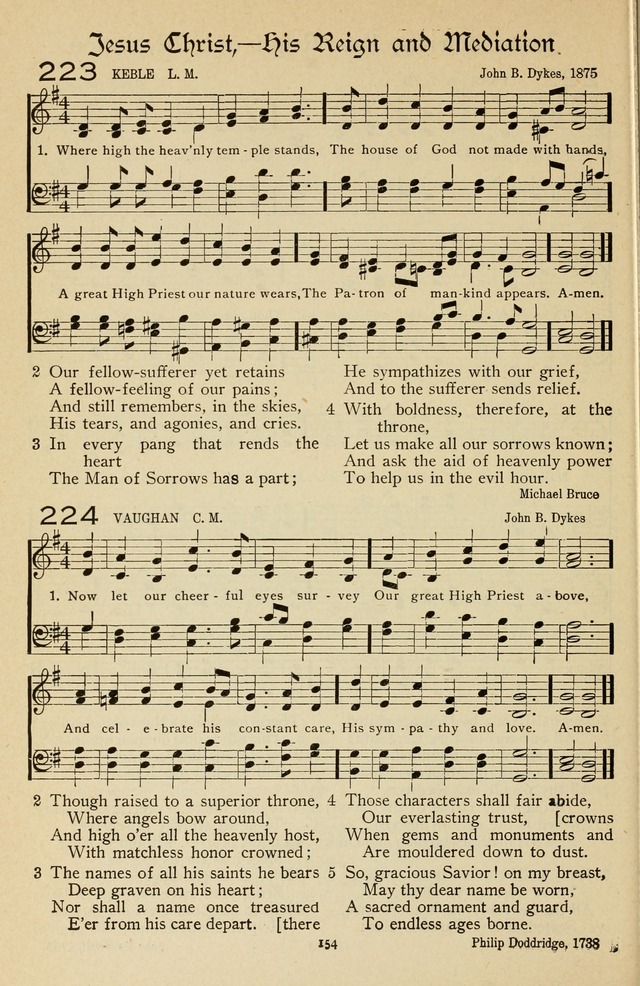 View Page
The Sanctuary Hymnal, published by Order of the General Conference of the United Brethren in Christ (1914), p.155
^ top