Now with the slow revolving year 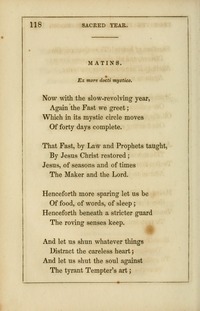 Now with the slow revolving year

In the Uses of Sarum and York it is the hymn at Vespers of the 1st Sun. in Lent to the second Vespers of the 3rd Sunday. In the Roman Breviary it is the hymn at Matins for the 1st Sun. in Lent to Passion Sunday ex¬clusively. In the Uses of Evesham, Canterbury, and St. Albans, stanzas i.-iv. are to be said at Matins, and the rest at Lauds, from the 1st to the 3rd Sun. in Lent. Some continental Breviaries differ from each of these. 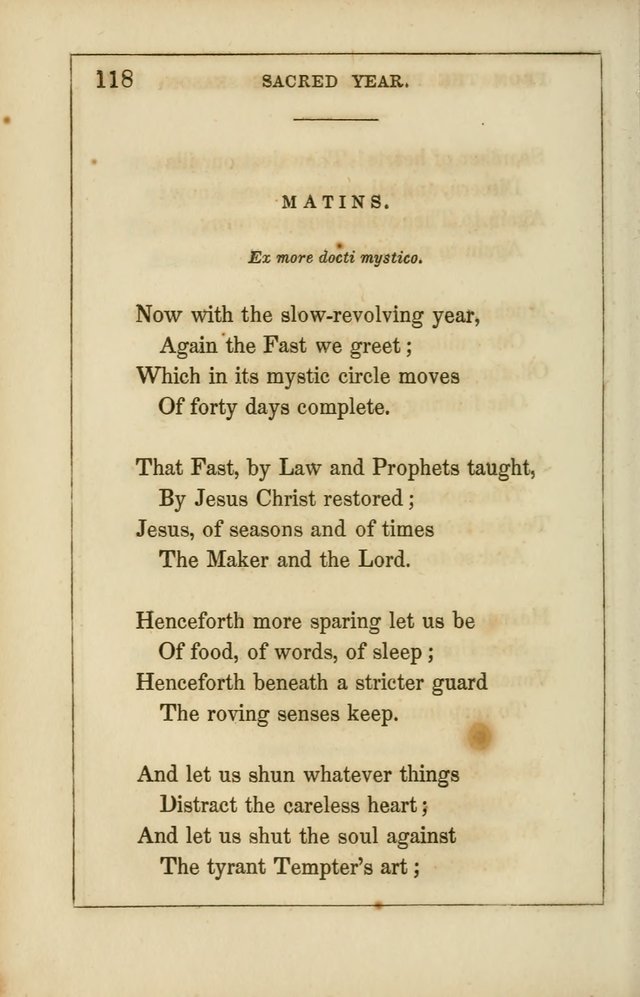 View Page
Lyra Catholica: containing all the hymns of the Roman breviary and missal, with others from various sources. Arranged for every day in the week, and the festivals and saints' days... (1851), p.118
^ top