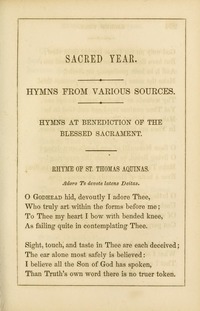 Adoro Te devote, latens Deitas. St. Thomas of Aquino. [Holy Communion]. Of the actual date of the composition of this hymn we have no record. As in 1259 the author was engaged in Paris in writing on the Eucharist, and in 1263, in drawing up the existing office for the festival of Corpus Christi, at the request of Pope Urban IV., and for which he wrote the well-known hymns, Pange lingua gloriosi Corporis mysterium; Lauda Sion; Sacris solemniis; and Verbum supernum (q. v.), we may fix the date, somewhat indefinitely, as c. 1260. Although never incorporated in the public services of the Church, it was added at an early date to various Missals for private devotion.
In 1841 Daniel included it in vol. i. No. 242 with a short note…. Dr. Neale's note, Mediaeval Hymns, 1851 and 1867, &c, is:—

"The following hymn of St. Thomas Aquinas to the Holy Eucharist was never in public use in the Mediaeval Church; but it has been appended, as a private devotion, to most Missals. It is worthy of notice how the Angelic Doctor, as if afraid to employ any pomp of words on approaching so tremendous a Mystery, has used the very simplest expressions throughout." 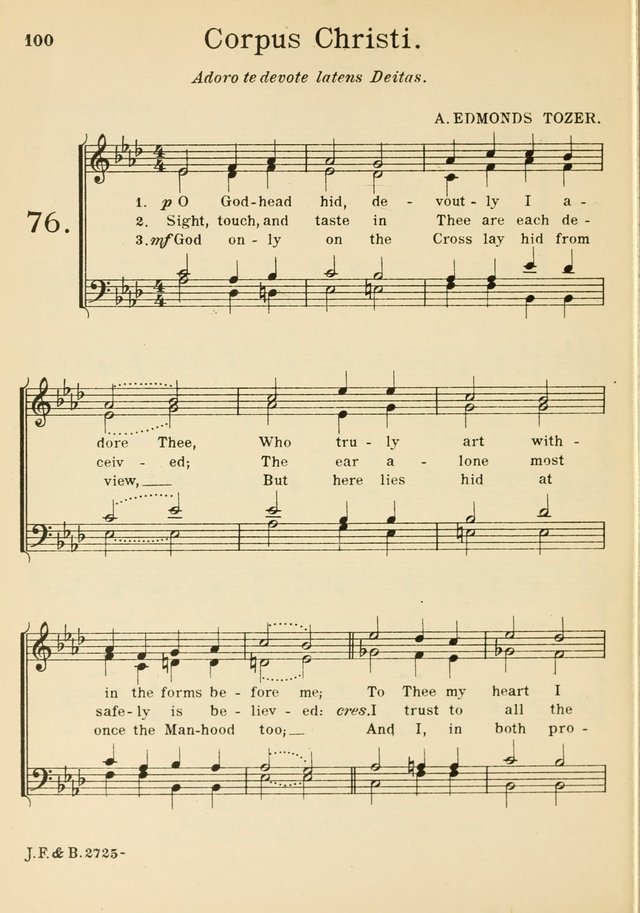