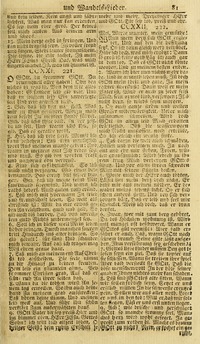 Johann Heermann's (b. Raudten, Silesia, Austria, 1585; d. Lissa, Posen [now Poland], 1647) own suffering and family tragedy led him to meditate on Christ's undeserved suffering. The only surviving child of a poor furrier and his wife, Heermann fulfilled his mother's vow at his birth that, if he lived, he would become a pastor. Initially a teacher, Heermann became a minister in the Lutheran Church in Koben in 1611 but had to stop preaching in 1634 due to a severe throat infection. He retired in 1638. Much of his ministry took place during the Thirty Years' War. At times he had to flee for his life and on several occasions lost all his possessions. Although Heermann wrote many of his hymns and poems during these devastating times, his persona… Go to person page >
^ top

O Gott, du frommer Gott. J. Heermann. [Supplication.] First published in his Devoti musica cordis, Breslau, 1630, p. 137, in 8 stanzas of 8 lines, entitled “A daily prayer." It is in the section which contains "Some Prayers and Meditations. Many Christian people are accustomed at their family prayers to sing the following prayers to the melodies to which they are set:" and these were evidently written (1623-30) duirng the time of Heermann's greatest sufferings. Thence in Mützell, 1858, No. 54; in Wackernagel’s edition of his Geistliche Lieder, No. 42, and the Unverfälschter Liedersegen, 1851, No. 568. Of this hymn Fischer, ii. 150, says:

"It is one of the poet's most widely used and signally-blessed hymns, and has been not unjustly called his Master Song. If it is somewhat home-baked yet it is excellent, nourishing bread. It gives a training in prac¬tical Christianity, and specially strikes three notes— godly living, patient suffering, and happy dying."

Lauxmann, in Koch, viii. 324-329, says it has been called the "Priest's Concordance," and relates many interesting incidents regarding it.

Thus at Leuthen, in Silesia, Dec. 5., 1151, the Prussians under Frederick the Great stood face to face with an Austrian army thrice their number. Just as they were about to engage, some of the soldiers began to sing stanza ii., and the regimental bands joined in. One of the com¬manders asked Frederick if it should be silenced, but he replied, "No, let it be; with such men God will today certainly give me the victory." And when the bloody battle ended in his favour he was constrained to say "My God, what a power has religion." Stanza iii., adds Lauxmann, has been a special favourite with preachers, e.g. J. C. Schade, of Berlin; Du. Hedinger, Court preacher at Stuttgart, &c. 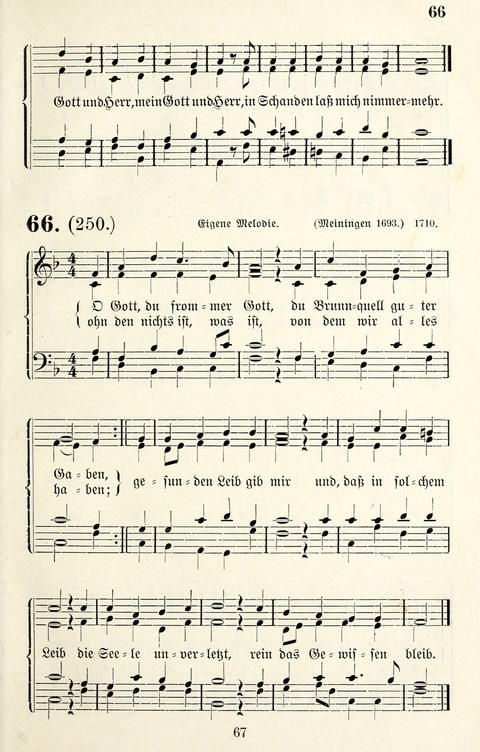