O hark, unto the sounding bell 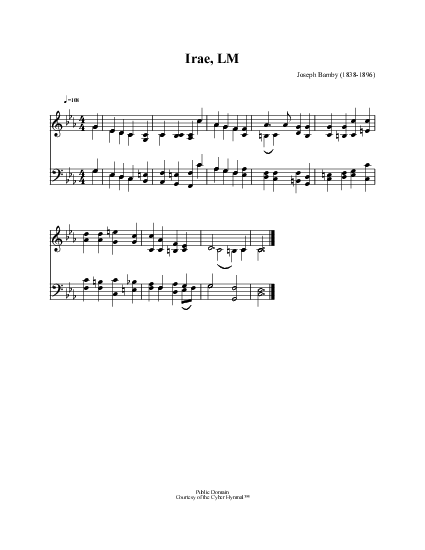 O hark, unto the sounding bell

1 O Hark! unto the sounding bell,
What doth each stroke of tolling tell:
'Tis news to each attentive ear,
Some one is fitted for the bier.


2 Since death is licens'd here to rage
Without respect to any age;
The hoary head, and youth in bloom,
Depart to their eternal home.


3 Death with an uncontrolled force,
Will take his way and have his course;
Infectious air and pestilence,
Are not repuls'd by man's defence.


4 They who had thought the world their own,
Are with the meanest class cut down;
Both King and Princes have to die,
And lay their pow'rs and honours by.


5 This is our just reward indeed,
What can we say, what an we plead?
Were we not warn'd, and warn'd again;
But all we heard, we heard in vain.


6 But now we feel, we learn to fear,
God's threat'ned punishments are here;
What can we do, but plead and pray,
That God may turn his wrath away.

Source: Church Hymn Book: consisting of newly composed hymns with the addition of hymns and psalms, from other authors, carefully adapted for the use of public worship, and many other occasions (1st ed.) #CLVI

All tunes published with 'O hark, unto the sounding bell'^ top