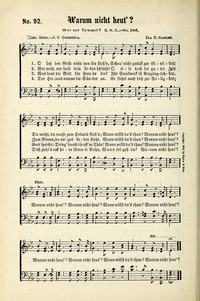 Reed, Eliza, née Holmes, was born in London, March 4, 1794; married to the Rev. Andrew Reed in 1816; and died July 4, 1867. Mrs. Reed entered fully and earnestly into her husband's extensive charitable works. Her publications include Original Tales for Children; and The Mother's Manual for the Training of her Children, 1865. Her hymns, 20 in all, were contributed to her husband's collection, and were republished with his in the Wycliffe Chapel Supplement, 1872. They are only of average merit, and have not attained to a marked position. They include:— 1. Gracious Lord, as Thou hast bidden. Holy Baptism. 2. I would be Thine, 0 take my heart . Dedication of Self to Christ. 3. 0 do not let the word depart. The Accepted Time.… Go to person page >

[O do not let the Word depart] (Sankey) 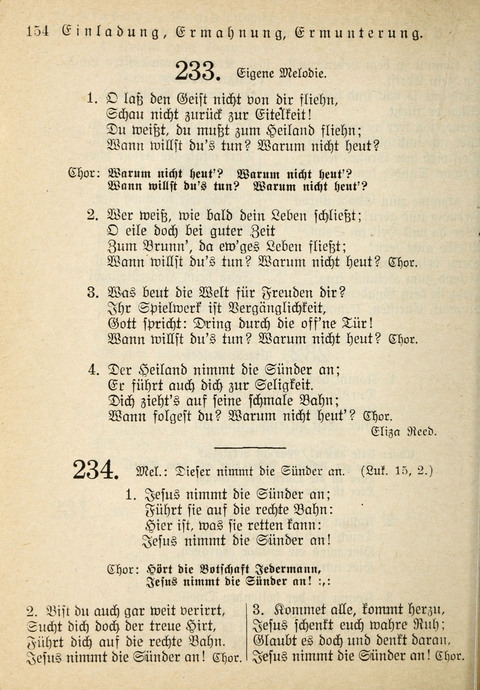