O Lord, thy people [children] gathered here Uplift their joyful hearts as one 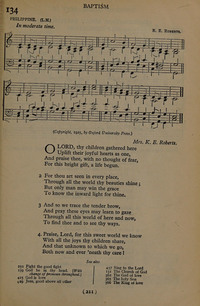 O Lord, thy people [children] gathered here Uplift their joyful hearts as one

Katherine Emily (Clayton) Roberts was born in 1877 in Leicester, England. Her father, Rev. Lewis Clayton, later became Suffragan Bishop of Leicester and Assistant Bishop of Peterborough. Her mother, Katherine (Hare) Clayton was active in the woman's suffrage movement in England. Katherine Emily Clayton married Rev. Robert Edwin Roberts (1878 - 1940) on January 17, 1901 at Peterborough Cathedral. He was born in Wales (Llangernyw), served as a Master at the Choir School of Westminster Abbey, saw active duty in World War I as a chaplain, worked in a munitions factory, and became a Canon of the Church of England and Dean of Leicester Cathedral. He was reportedly a gifted baritone singer who often gave lecturers on Welsh, Irish and Scottish… Go to person page >
^ top

All tunes published with 'O Lord, thy people [children] gathered here Uplift their joyful hearts as one'^ top 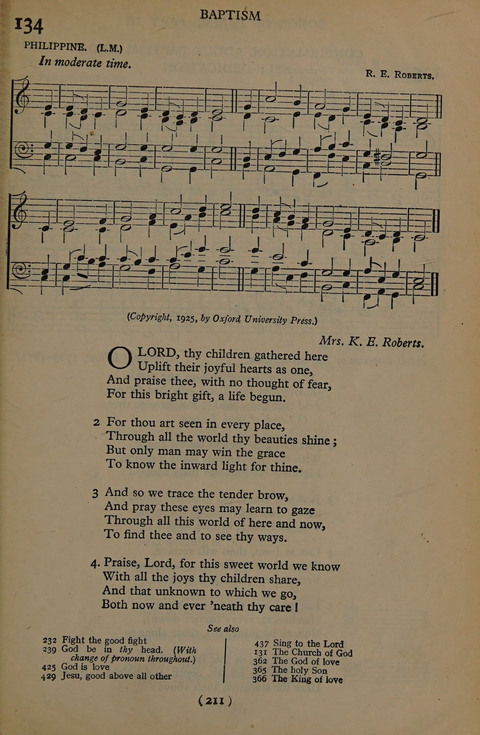 Hymns for Children and Grownups to Use Together #d114

Service Book and Hymnal of the Lutheran Church in America #258

The Beacon Song and Service book #245