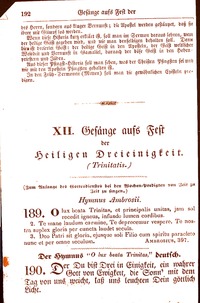 O Lux beata Trinitas, Et principalis Unitas. St. Ambrose. [Evening.] This is one of the twelve hymns which the Benedictine editors regarded as undoubtedly the work of St. Ambrose. It is cited as by St. Ambrose by Hinemar of Rheims in his treatise De unâ et non trinâ Deitate, 857. The original. consists of two sts. (ii. "Te mane laudum carmine") and a doxology. Its almost universal use was at Vespers on Saturday, as in the older Roman (Venice, 1478); Paris, 1643; Sarum, York, and Aberdeen Breviaries. It was sometimes also assigned to Vespers or Lauds on Trinity Sunday. Daniel, i.. No. 26, gives the original, along with the revised text of the Roman Breviary of 1632, where it begins Jam sol recedit igneu. In his notes Daniel gives the additional stanza translation in J. D. Chambers's Lauda Syon, 1857(see below); (iii. "Jam noctis tempus advenit"; iv. "Tu Christe solve vincula"; v. "Oramus ut exaudias"), which are found only in the Mozarabic Breviary, where the hymn is given for Vespers on the 2nd Sunday after the Epiphany, and at other seasons. In his further notes at iv. pp. 47-48, Daniel refers to the original text as in a 10th century Rheinau manuscript; gives the statements of Hinemar; and also cites a passage from the 21st Epistle of St. Ambrose, which he thinks clearly refers to this hymn, and so decisively settles its authorship. [Rev.W. A. Shoults, B.D.] 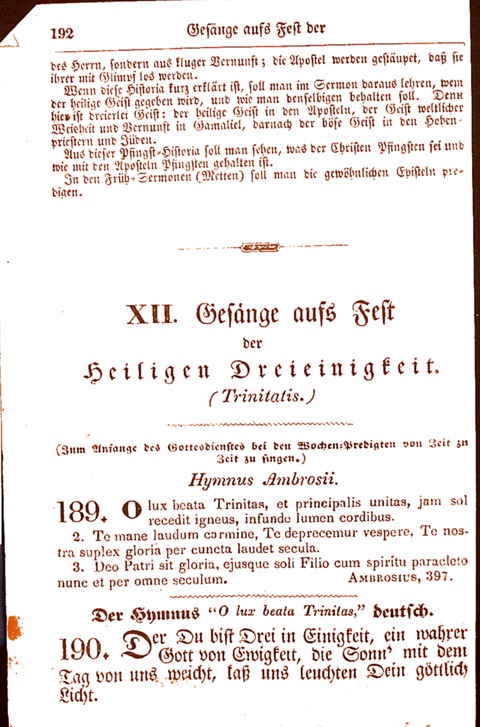