O Seek the Lord in Prayer 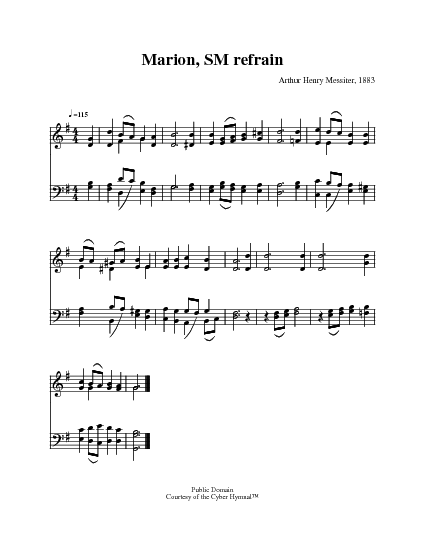 O seek the Lord in prayer

Arthur H. Messiter (b. Frome, Somersetshire, England, 1834; d. New York, NY, 1916) composed MARION for this text in 1883 and named it after his wife [sic. mother]. The tune was published in the Hymnal with Music as Used in Trinity Church (1893), a hymnal compiled by Messiter during his long term of…

All tunes published with 'O Seek the Lord in Prayer'^ top