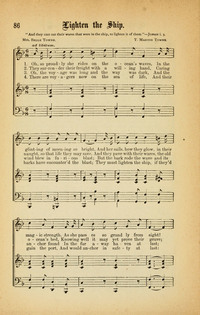 O so proudly she rides on the ocean's waves

1 Oh, so proudly she rides on the ocean’s waves,
In the glinting of morning so bright,
And her sails, how they glow, in their magic strength,
As she passes so grandly from sight!
But there cometh a storm, and the white caps rise,
And the sailors are stricken with fear!
And their faces are white, as they stand on the ship,
While the storm-cloud draws rapidly near.
And the voice of the captain rings over the main.


2 They surrender their freight with a willing hand,
Caring naught, so that life they may save,
And they pave with their wares, the old ocean’s bed,
Knowing well it may yet prove their grave;
Was there ever such waste as the lightning show’d,
As it lit up the sea with its glare?
And the face of the crew was a study to see,
As they pour’d out their treasures so rate. [Chorus]


3 Oh, the voyage was long and the way was dark,
And the wind blew in furious blast;
But the bark rode the wave and its anchor found
In the far away haven at last;
As each hand grasps a hand, on that storm toss’d shore,
And the glad notes of joy reach the hills,
Oh, how little they care for the treasures they lost,
While their hearts with such pure rapture thrills. [Chorus]


4 There are voyagers now on the sea of life,
And their barks have encounter’d the blast;
They must lighten the ship, if they’d gain the port,
And would anchor in safely at last;
But so firmly they cling to their treasures dear,
And on danger they recklessly frown,
That they carry along this world, and its gain,
Tho’ it surely is dragging them down. [Chorus]


Source: Good Will: A collection of New Music for Sabbath Schools and Gospel Meetings (Enlarged) #115

[O so proudly she rides on the ocean's waves]

All tunes published with 'Lighten the Ship'^ top 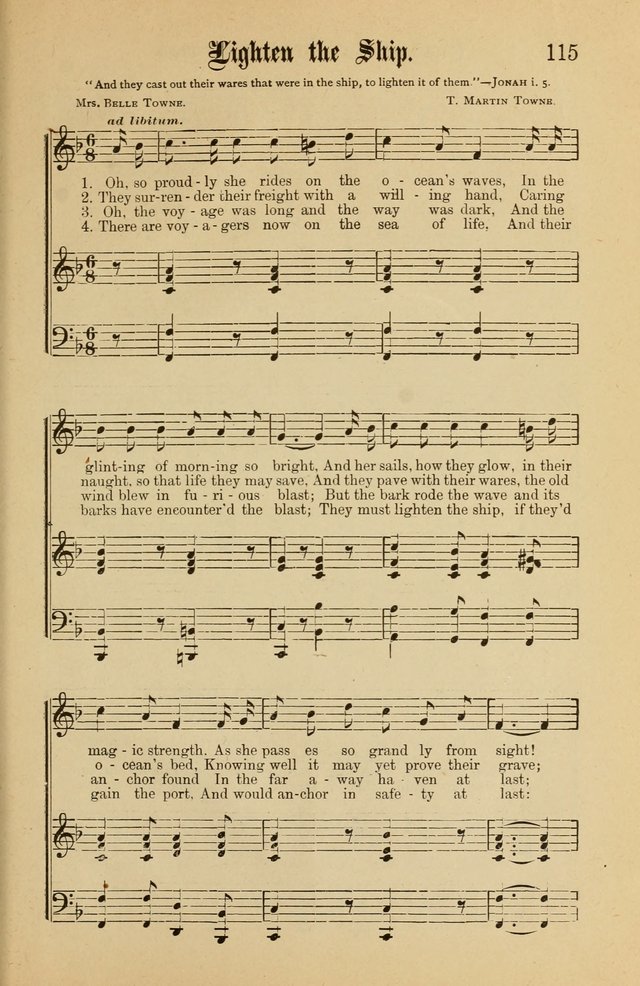