O Spirit of the living God, Thou light and fire divine

O Spirit of the living God, Thou light and fire divine

1 O Spirit of the living God,
thou light and fire divine,
descend upon thy church once more,
and make it truly thine.
Fill it with love and joy and power,
with righteousness and peace;
till Christ shall dwell in human hearts,
and sin and sorrow cease.


2 Blow, wind of God! With wisdom blow
until our minds are free
from mists of error, clouds of doubt,
which blind our eyes to thee.
Burn, winged fire! Inspire our lips
with flaming love and zeal,
to preach to all thy great good news,
God's glorious commonweal.


3 Teach us to utter living words
of truth which all may hear,
the language all may understand
when love speaks loud and clear;
till every age and race and clime
shall blend their creeds in one,
and earth shall form one family
by whom thy will is done.


4 So shall we know the power of Christ
who came this world to save;
so shall we rise with him to life
which soars beyond the grave;
and earth shall win true holiness,
which makes thy children whole;
till, perfected by thee, we reach
creation's glorious goal! 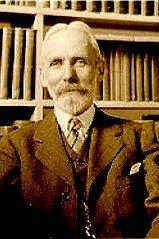 All tunes published with 'O Spirit of the living God, Thou light and fire divine'^ top

In the story of Pentecost, the Holy Spirit's presence is perceived through three images: a mighty rushing wind, tongues of fire, and speaking in many tongues (Acts 2:2-4). The first three stanzas of this hymn elaborate on each image, as a request that the fire of God purify our hearts, that the wind of God strengthen our knowledge, and that we may speak abroad God's love to people of all nations. The final stanza is a picture of the new earth.

Henry H. Tweedy wrote this Pentecost hymn in 1933. Robert G. McCutchan quotes Tweedy on his hymn: “Some of the old Pentecostal hymns were to me unsatisfactory, and I was eager to interpret the symbolism of the story in Acts in a way that modern men could understand and sincerely mean” (Our Hymnody, p. 228). The text was first published in The Methodist Hymnal of 1935.

The theme of the text is the Holy Spirit, using the metaphors of fire, wind, and speech in the first three stanzas to illustrate the nature of the third person of the Trinity. The fourth stanza explains how the church can better understand the power of Christ through an understanding of the Holy Spirit's work.

FOREST GREEN is an English folk tune transcribed and arranged by Ralph Vaughan Williams in 1903. It first appeared in the English Hymnal in 1906 with the text “O Little Town of Bethlehem.” Though the tune was originally sung to “The Ploughboy’s Dream,” Vaughan Williams named it after the village of Forest Green in Surrey, where he first heard it. This simple tune is repetitious (the first, second, and fourth lines are identical) and easy to learn. The tempo must be moderate, to prevent it from dragging along mournfully or galloping ahead.

Two other tunes are used with this text, both named after saints. ST. LEONARD, written by Henry Hiles around 1867, was rather popular in hymnals from the late nineteenth and early twentieth centuries, but has almost fallen into disuse. ST. MATTHEW was first printed anonymously in 1708, and has been credited to William Croft because of a manuscript of the tune in his handwriting.

This hymn is appropriate at Pentecost or anytime of the year when the theme of the service is the Holy Spirit. Because of the frequent theme of God's power in the text, a brass quartet is a good choice to augment the organ's accompaniment for congregational singing, either with the hymnal harmonization, as in “FOREST GREEN,” or in a full festival setting such as “O Spirit of the Living God,” for choirs, congregation, organ, and brass quartet. A prelude on FOREST GREEN is found in the organ collection “Come, Thou Fount.” 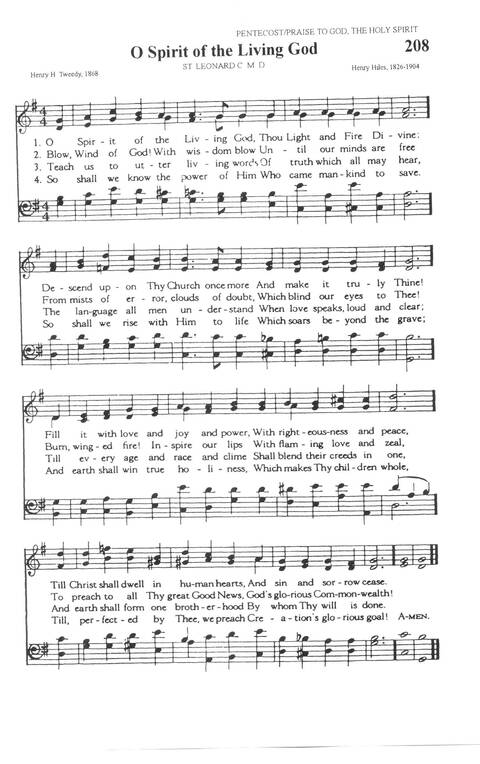