Shut in with God 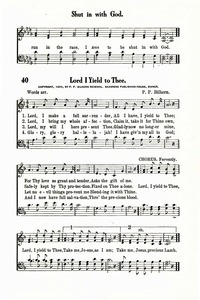 One day all alone afar off from the camp

Author: William Grum
Tune: [One day all alone afar off from the camp]
Published in 2 hymnals

Reverend William Grum was born July 14, 1878 in Camden NJ to Benjamin and Caroline "Carrie" Grum. His early years were spent at 215 Market Street, where his father had a confectionary. The family had moved to 544 Vine Street by 1900, Benjamin Grum worked then as a letter carrier, a position he would hold until his retirement in the 1920s. William Grum married in the early 1900s. His wife, the former Lena Purdy, bore him two children, daughters Lena and Beatrice. Benjamin and Carrie Grum. were still living at 544 Vine Street in April of 1930 when the Census was enumerated. Mrs. Grum remained at the address after her husband passed, and was still living there in the fall of 1933. By 1920 William Grum had entered the ministry. He pastored… Go to person page >
^ top

[One day all alone afar off from the camp]

All tunes published with 'Shut in with God'^ top 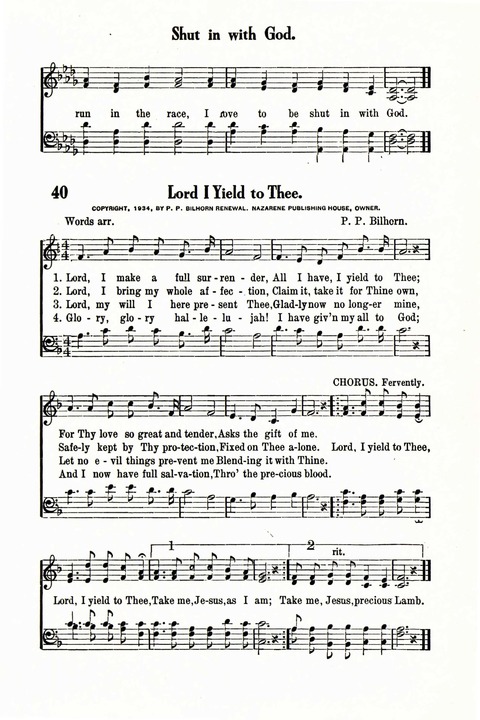 Inspiring Gospel Solos and Duets No. 1 #39

Display Title: The sweeteet gift First Line: One day all alone afar off from the camp Author: William Grum Date: 1940
My Soul at Song #d81
All instances^ top
Suggestions or corrections? Contact us