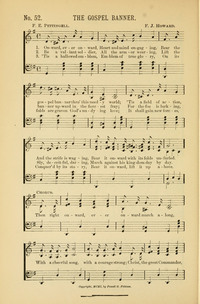 1 Onward, ever onward,
Heart and mind engaging,
Bear the gospel banner thro’ this needy world;
‘Tis a field of action,
And the strife is waging,
Bear it onward with its folds unfurled.


Refrain:
Then right onward, ever onward march along,
With a cheerful song, with a courage strong;
Christ, the great Commander, goeth on before,
Follow in His footsteps, now and evermore.


2 Be a valiant soldier,
All the armor weary,
Lift the banner upward in the fiercest fray;
For the foe is lurking,
Sly, deceitful, daring,
March against his kingdom day by day. [Refrain]


3 ‘Tis a hallowed emblem,
Emblem of true glory,
On its folds are graven God’s undying love;
It shall gain new forces,
Conquer’d by its story,
Bear it onward, lift it up above. [Refrain]

All tunes published with 'The Gospel Banner'^ top 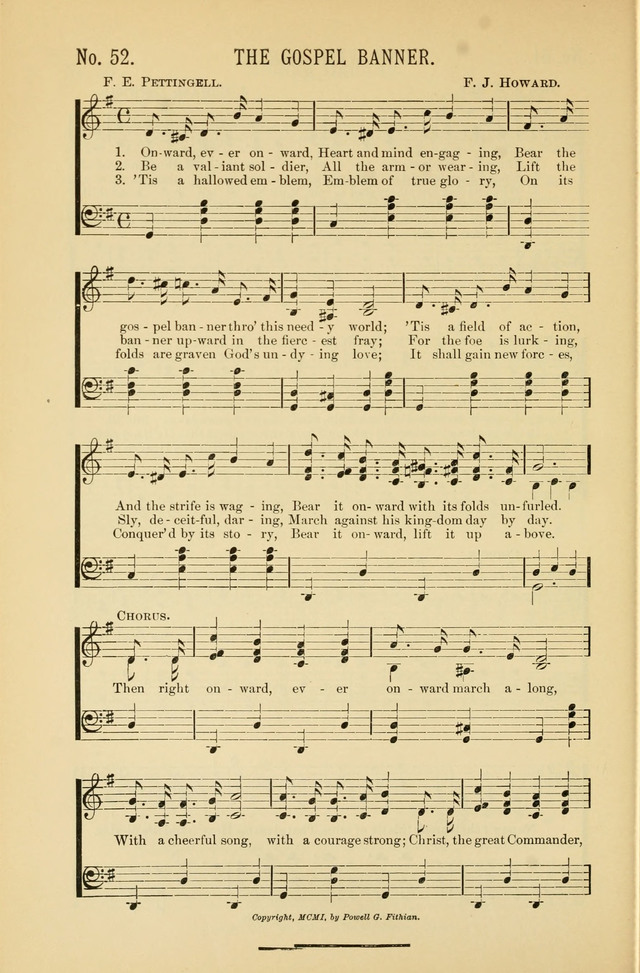