Over the prairies, rich

Over the prairies, rich

Marean, Emma Endicott. (Boston, Massachusetts, January 20, 1854--October 17, 1936, Cambridge, Massachusetts). She married Joseph Mason Marean on January 20, 1876. Two hymns by her were included in The Isles of Shoals Hymn Book (Unitarian), 1908: Grateful for another day Set from the restless world apart Neither has been included in later hymn books but both are in her small volume of poems, Now and Then, Cambridge, 1928. --Henry Wilder Foote, DNAH Archives Go to person page >
^ top 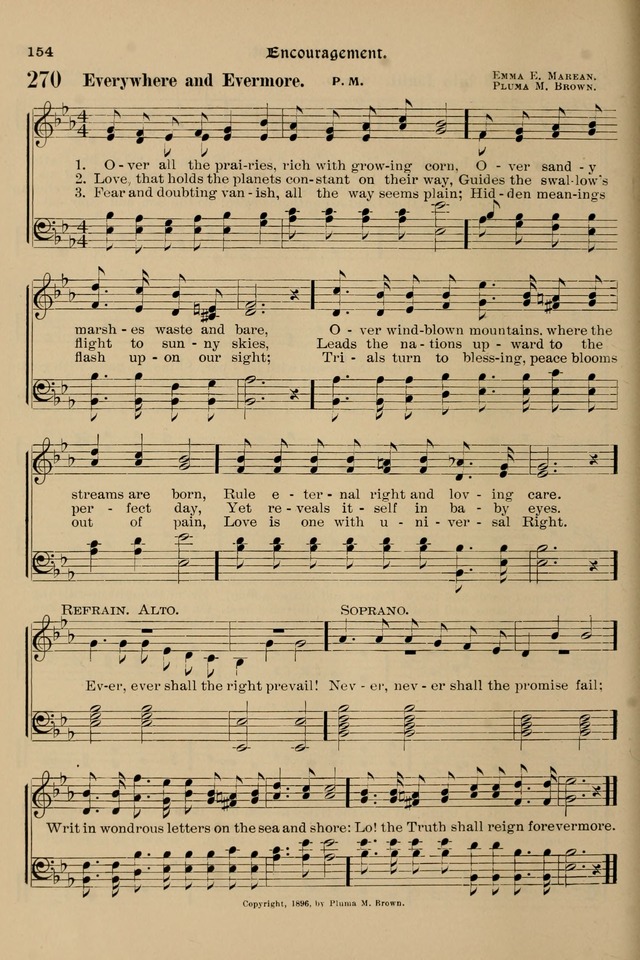 Song-Hymnal of Praise and Joy, a selection of spiritual songs, old and new #270

Display Title: Ever, ever shall the right prevail First Line: Over the prairies, rich Author: E. E. Marean Date: 1897
Song-Hymnal of Praise and Joy, a selection of spiritual songs, old and new #270
All instances^ top
Suggestions or corrections? Contact us