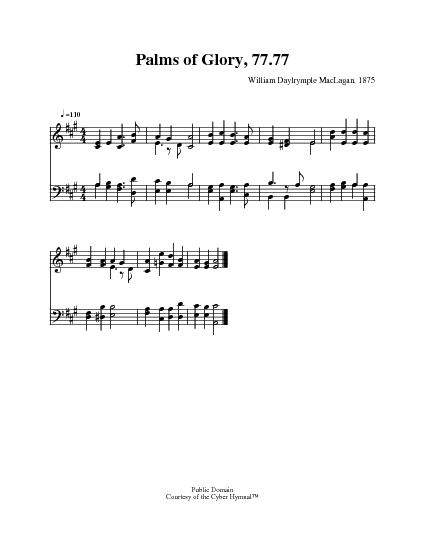 Palms of glory, raiment bright,
Crowns that never fade away,
Gird and deck the saints in light,
Priests and kings, and conquerors they.


Yet the conquerors bring their palms
To the Lamb amidst the throne,
161
And proclaim in joyful psalms,
Victory through His cross alone.


Kings for harps their crowns resign,
Crying, as they strike the chords,
"Take the kingdom, it is Thine,
King of kings, and Lord of Lords!"


Round the altar priests confess,
If their robes are white as snow,
'Twas the Saviour's righteousness,
And His blood that made them so.


Who were these?--On earth they dwelt;
Sinners once of Adam's race,
Guilt, and fear, and suffering felt,
But were saved by sovereign grace.


They were mortal, too, like us;
Ah! when we like them must die,
May our souls, translated thus,
Triumph, reign, and shine on high.

All tunes published with 'Palms of glory, raiment bright'^ top 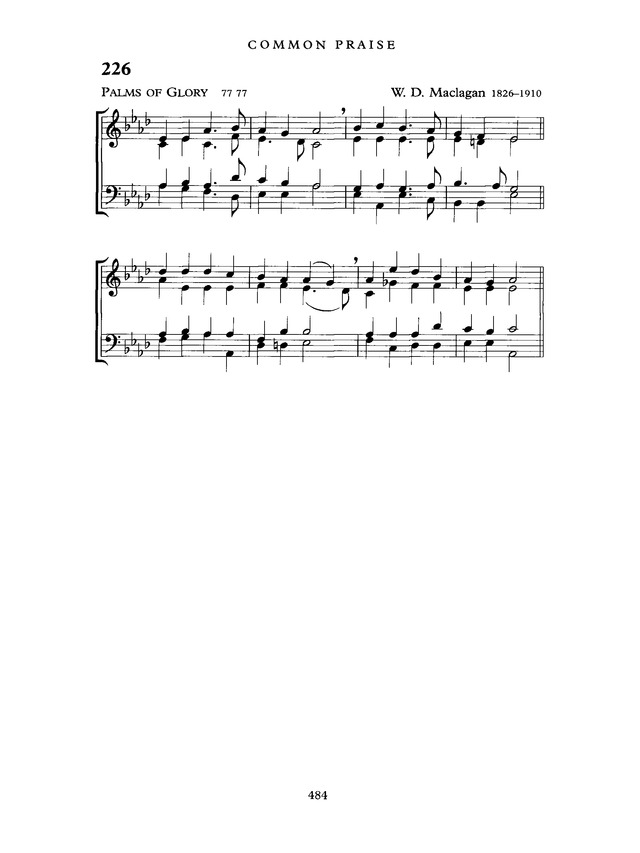 The New English Hymnal #230a

The New English Hymnal #230b