Praise to God, who reigns above 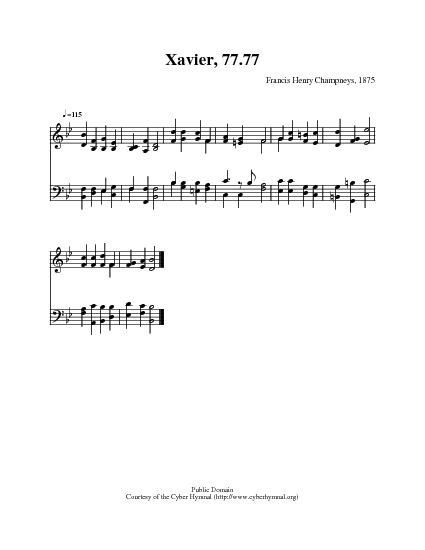 Praise to God, who reigns above

1 Praise to God who reigns above,
Binding earth and heaven in love;
All the armies of the sky
Worship His dread sovereignty.


3 Angel hosts His word fulfil,
Ruling nature by His will;
Round His throne Archangels pour
Songs of praise for evermore.


4 Yet on man they joy to wait,
All that bright celestial state,
For true Man their Lord they see,
Christ, the Incarnate Deity.


6 On the Throne our Lord Who died
Sits in manhood glorified,
Where His people faint below
Angels count it joy to go.


Source: Hymnal: according to the use of the Protestant Episcopal Church in the United States of America #182 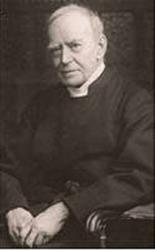 The Rev. Richard M. Benson was a clergyman of the Church of England, and was one of the "Cowley Brothers." He spent some time in 1870-71 in the United States, labouring with zeal and success in several dioceses. --Annotations of the Hymnal, Charles Hutchins, M.A. 1872.… Go to person page >
^ top

All tunes published with 'Praise to God, who reigns above'^ top 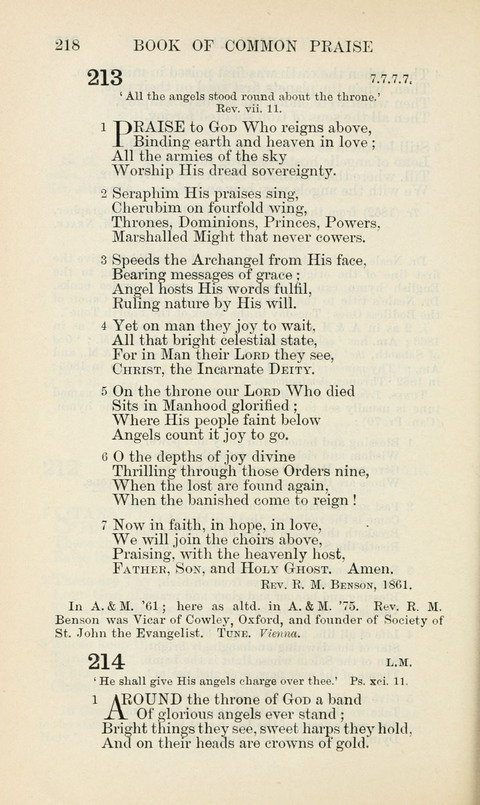 View Page
The Book of Common Praise: being the Hymn Book of the Church of England in Canada. Annotated edition (1909), p.218
^ top