Rejoice, ye righteous, in the Lord, 'Tis yours His fame to raise 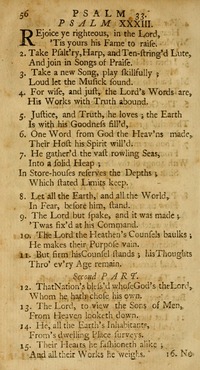 Rejoice, ye righteous, in the Lord, 'Tis yours His fame to raise

1. Rejoice ye righteous, in the Lord,
'Tis yours his fame to raise.
2. Take psaltery, harp, and ten stringed lute,
And join in songs of praise.
3. Take a new song, play skillfully;
Loud let the music sound.
4. For wise, and just, the Lord's words are,
His works with truth abound.


5. Justice, and truth, he loves; the earth
Is with his goodness filled;
6. One word from God the heavens made,
Their host his Spirit willed.
7. He gathered the vast rowling seas,
Into a solid heap;
In storehouses reserves the depths;
Which stated limits keep.


8. Let all the earth, and all the worlds
In fear, before him, stand.
9. The Lord but spake, and it was made;
'Twas fixed at his command.
10. The Lord the heathen's counsels balks;
He makes their purpose vain;
11. But firm his counsel stands; his thoughts
Through every age remain.


12. That nation's blessed whose God's the Lord,
Whom he hath chose his own.
13. The Lord, to view the sons of men,
From heaven looketh down.
14. He, all the earth's inhabitants,
From his dwelling place surveys.
15. Their hearts he fashioneth alike;
And all their works he weighs.


16. No king is saved by numerous hosts;
By strength the strong's not freed;
17. 'Tis vain to look for safety from
The horses strength or speed.
18. God's eye's on them that do him fear;
Whose hopes in his grace survive:
19. In war, to save their soul from death;
In famine, keep alive.


20. Our longing soul waits for the Lord;
He is our help and shield.
21. Since in his holy name we trust,
Our hearts with joy are filled.
22. O let thy tender mercy, Lord,
On us abiding be;
As thou dost know our steadfast trust
Is placed alone in thee. 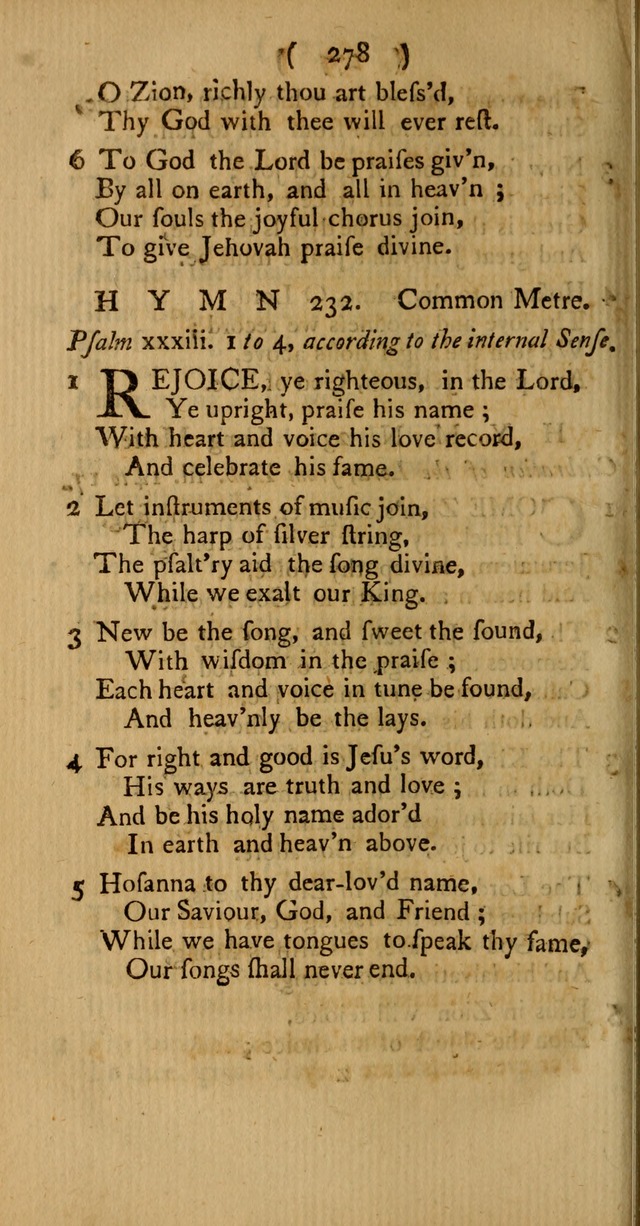 A New Version of the Psalms of David #56

The Liturgy of the New Church #232