Rest from thy labours 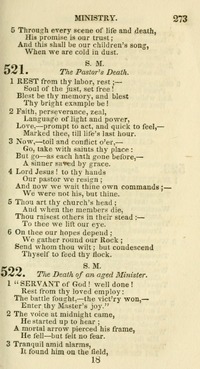 Rest from thy labor, rest

Rest from thy labours, rest,
Soul of the just set free!
Blest be thy memory, and blest
Thy bright example be.


Now toil and conflict o'er,
Go, take with saints thy place,
But go, as each hath gone before,
A sinner saved by grace.


327
Lord Christ, into Thy hands,
Our pastor we resign;
And now we wait Thy own commands,--
We were not his but Thine.


Thou art Thy Church's Head,
And when the members die,
Thou raisest others in their stead,--
To Thee we lift our eye;--


On Thee our hopes depend,
We gather round our Rock,
Send whom Thou wilt, but condescend
Thyself to feed Thy flock.

Rest from thy labour, rest. J. Montgomery. [Death and Burial of a Minister. ] Montgomery was received into the Moravian communion as a member of that Society by the Rev. Christian Ramftler. Mr. Ramftler died at Bristol on Oct. 25, 1832. In the letter which conveyed to him the sad intelligence, Montgomery was requested to write a suitable hymn for the approaching Lovefeast at Bristol. The response was this hymn, which was first sung in public at Bristol Memoirs, v. 66). It was included in Montgomery's Original Hymns, 1853, No. 307, in 5 stanzas of 4 lines, and headed "On the death of a Minister." On Jan. 22, 1851, Montgomery wrote a hymn on the death of the Rev. Dr. Sutton, Vicar of Sheffield, which began with the same opening stanza. This hymn is not in the Original Hymns, nor in common use. The original is in a large number of hymn-books. In 1849 st. iii.-v. were given in Dr. Alexander's Augustine Hymn Book, No. 494, and have been repeated in several later collections as "Lord Christ, into Thy hands." The early date of this cento suggests that the hymn was published before it appeared in the Original Hymns, 1853, and possibly in a magazine, but it has not been traced to any work of the kind. 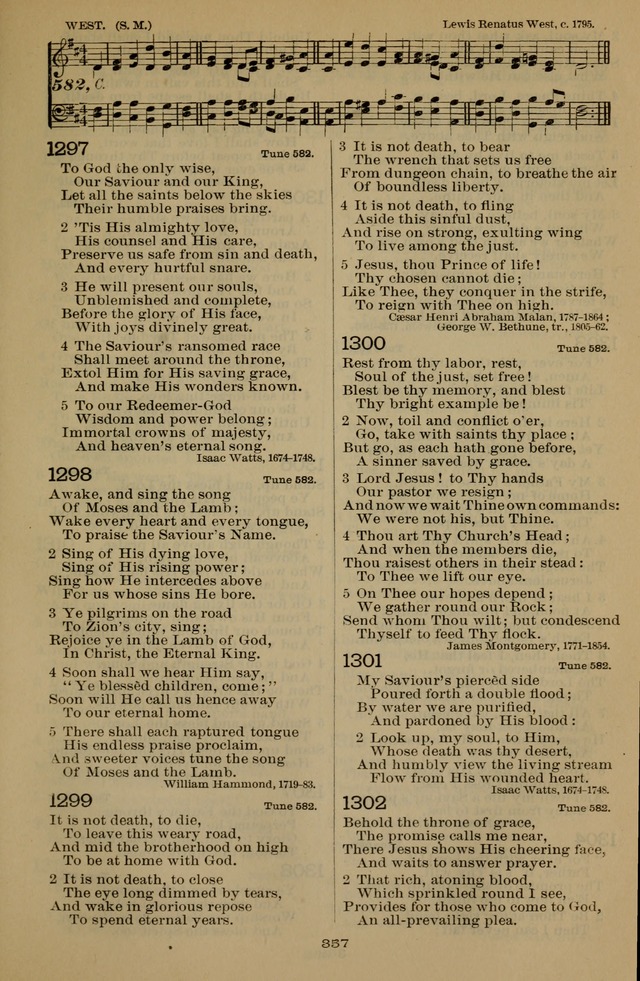 View Page
The Liturgy and the Offices of Worship and Hymns of the American Province of the Unitas Fratrum, or the Moravian Church (1908), p.541
^ top

A Collection of Hymns, for the use of the United Brethren in Christ #967

Book of Hymns and Tunes, comprising the psalms and hymns for the worship of God, approved by the general assembly of 1866, arranged with appropriate tunes... by authority of the assembly of 1873 #380d

Church Pastorals, hymns and tunes for public and social worship #746

Hymnal of the Methodist Episcopal Church #992

Hymnal of the Methodist Episcopal Church #992

Hymns for Schools and Families #d401

Hymns for Schools and Families, Specailly Designed for the Children of the Church #256

Hymns for the Sanctuary and Social Worship #1091

Hymns for the Use of the Brethren in Christ #d408

Offices of Worship and Hymns #1300

Psalms and Hymns for the Worship of God #d677

The Liturgy and the Offices of Worship and Hymns of the American Province of the Unitas Fratrum, or the Moravian Church #1300