Resting from His work today 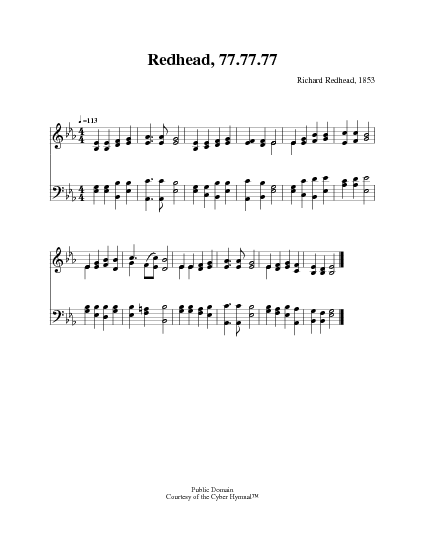 Resting from His work today

1 Resting from His work to-day
In the tomb the Saviour lay;
Still He slept, from head to feet
Shrouded in the winding-sheet,
Lying in the rock alone,
Hidden by the sealèd stone.


2 Late at even there was seen
Watching long the Magdalene;
Early, ere the break of day,
Sorrowful she took her way
To the holy garden glade,
Where her buried Lord was laid.


3 So with Thee, till life shall end,
I would solemn vigil spend:
Let me hew Thee, Lord, a shrine
In this rocky heart of mine,
Where in pure embalmèd cell,
None but Thou may ever dwell.


4 Myrrh and spices will I bring,
True affection's offering;
Close the door from sight and sound
Of the busy world around;
And in patient watch remain
Till my Lord appear again.

Thomas Whytehead was born at Thormanby, York, in 1815. He studied at Beverly Grammar School, and S. John's College, Cambridge; graduated B.A. in 1837, and M.A. in 1840. He received various honours at the University, among them the Chancellor's medal for English verse. In 1839, he was appointed Curate of Freshwater, Isle of Wight. In 1841, he was appointed chaplain to the Bishop of New Zealand, but died the next year after reaching Sidney. One of his last works was to translate Bishop Ken's "Evening Hymn" into Maori. The few works which he published give a favorable impression of the piety and learning of their author. -Annotations of the Hymnal, Charles Hutchins, M.A. 1872.… Go to person page >
^ top

All tunes published with 'Resting from His work today'^ top 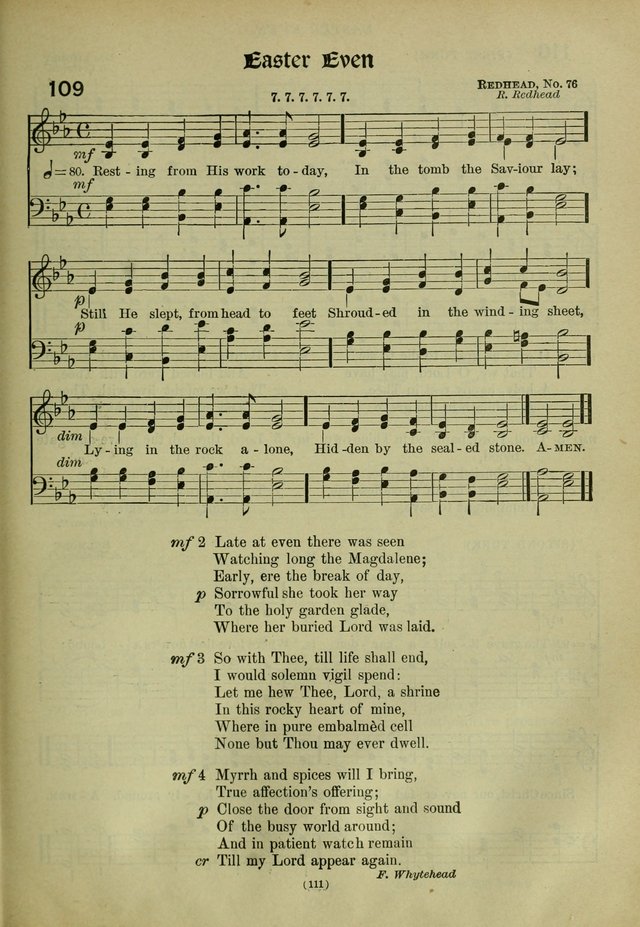 View Page
The Church Hymnal: containing hymns approved and set forth by the general conventions of 1892 and 1916; together with hymns for the use of guilds and brotherhoods, and for special occasions (Rev. ed) (1920), p.112
^ top