Savior, to Thee we humbly cry 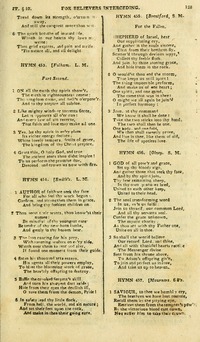 Savior, to Thee we humbly cry

Saviour, to Thee we humbly cry. C. Wesley. [Intercession.] First published with five others in 1745, at the end of a tract, entitled, A Short View of the Differences between the Moravian Brethren lately in England, and the Rev. Mr. John and Charles Wesley, in 6 stanzas of 6 lines and again in Hymns & Sacred Poems, 1749, vol. ii., No. 72. In 1780 it was included in the Wesleyan Hymn Book., No. 449, and retained in later editions. It is also found in other collections. It is on record that the special members of the Moravians against whom Wesley wrote, taught that if a person professed faith in Christ, there was no necessity that he should manifest any sorrow on account of sins past or present, but for him there was simply the acknowledgment that he was a "happy sinner," a doctrine which could have but one logical outcome. Hence the satire of st. iii.:—

”In vain, till Thou the power bestow,
The double power of quickening grace,
And make the happy sinners know
The tempter with his angel face,
Who leads them captive at his will,
Captive-—but happy sinners still." 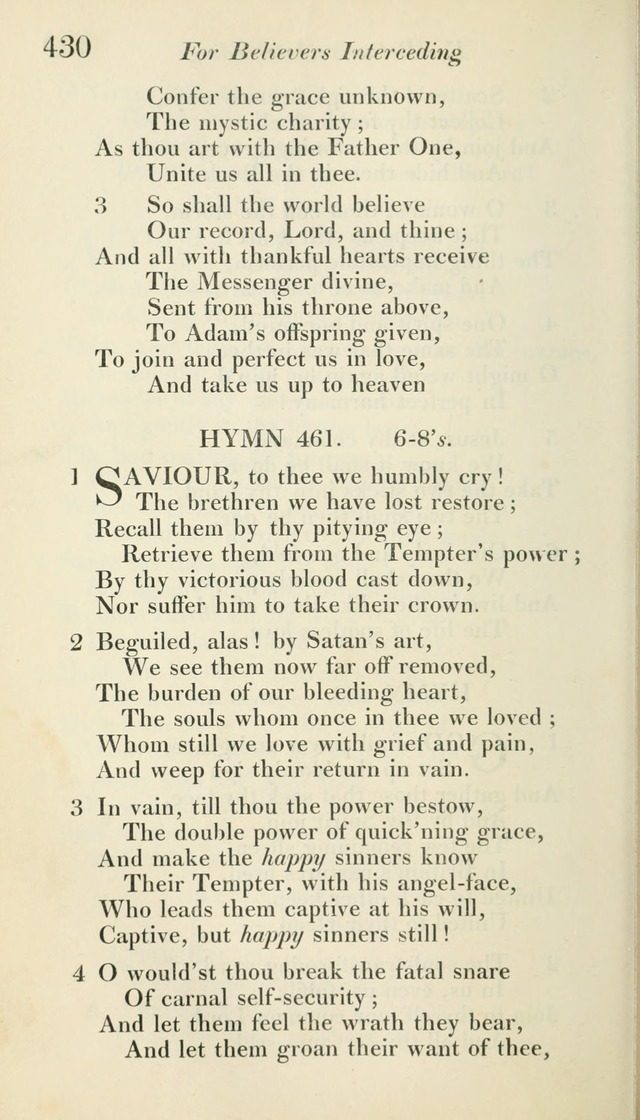 View Page
A Collection of Hymns, for the Use of the People Called Methodists, with a Supplement (1874), p.432
^ top

A Collection of Hymns Adapted to the use of the Methodist Episcopal Church Including the Whole Collection of the Rev. J. Wesley #d47

A Collection of Hymns, for the Use of the People Called Methodists, with a Supplement #461