I Have Found It 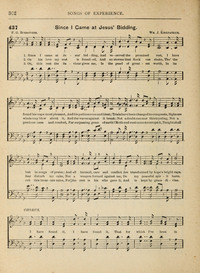 Since I came at Jesus' bidding

1 Since I came at Jesus’ bidding,
And received the promised rest,
I have found His ways most pleasant,
And His paths serene and blest;
Trials have been changed to conquests,
Sighs are lost in songs of praise;
And all turmoil, care and conflict
Are transformed by hope’s bright rays.


2 On His love my rest is founded,
And no storms that Rock can shake,
Though the winds may blow about it,
And the waves against it break;
Not a doubt can mar this trysting,
Not a fear disturb my calm,
Nor a weapon formed against me,
Do my peaceful spirit harm. [Refrain]


3 Oh, this rest the Savior gives me,
Is the pearl of greatest worth,
In its preciousness and comfort,
Far surpassing gems of earth!
Moth and rust cannot corrupt it,
Naught shall rob this treasure mine,
For the rest is His who gave it,
And is kept by grace divine. [Refrain]

F. G. Burroughs was born in 1856 (nee Ophelia G. Browning) was the daughter of William Garretson Browning, a Methodist Episcopal minister, and Susan Rebecca Webb Browning. She married Thomas E. Burroughs in 1884. He died in 1904. She married Arthur Prince Adams, in 1905. He was a minister. Her poem, "Unanswered yet" which was written in 1879, was published in the The Christian Standard in 1880 with the name F. G. Browning. She also wrote under the name of Ophelia G. Adams and Mrs. T. E. Burroughs. Dianne Shapiro from The Literary Digest, July 29, 1899., The Register, Pine Plains, NY, October 24, 1884, Alumni Record of Wesleyan University, Middleton, Conn. 1921 Go to person page >
^ top

[Since I came at Jesus' bidding]

All tunes published with 'I Have Found It'^ top 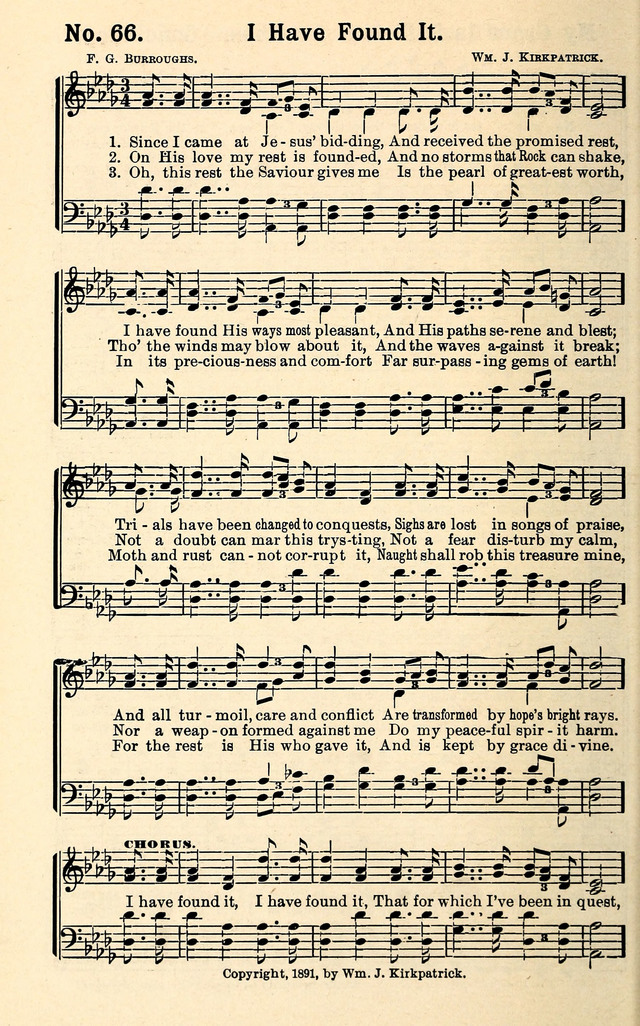 Display Title: I have found it First Line: Since I came at Jesus' bidding Author: F. G. Burroughs Date: 1892
The Canadian Hymnal #437