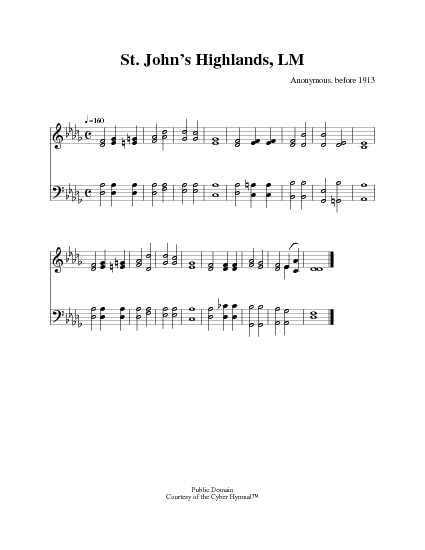 1 Sinners obey the gospel word,
Haste to the supper of your Lord:
Be wise to know your gracious day;
All things are ready, come away.


2 Ready the father is to own,
And kiss his late returning son:
Ready the loving Savior stands,
And spreads for you his bleeding hands.


3 Ready the spirit of his love,
Is now, the stony heart to move;
T' apply and witness Jesus' blood
And wash and seal you sons of God.


4 Ready for you the Angels wait,
To triumph in your blest estate;
Tuning their harps by which they praise,
The wonders of redeeming grace.


5 Come then ye sinners, to the Lord,
To happiness in Christ restor'd;
His proffer'd benefits embrace,
The plenitude of gospel grace.


6 O quit this world's delusive charms,
And quickly fly to Jesus' arms;
Wrestle until your God is known,
Till you can call the Lord your own.


Source: Divine Hymns or Spiritual Songs, for the use of religious assemblies and private Christians: being a collection #XXXI

"In John Wesley's 'Plain Account of Christian Perfection,' the author makes the following statement: In the year 1749, my brother printed two volumes of Hymns and Sacred Poems. As I did not see them before they were published, there were some things in them which I did not approve of. But I quite approved of the main of the hymns on this head-— 'Present Salvation and Perfect Love'...... This hymn is the first extracted [for the Wesleyan Hymn Book, 1780] from those volumes. The work was published by subscription in order to raise money for the author's marriage, and to enable him to commence housekeeping. He had the names of 1145 subscribers, at twelve shillings each; the preachers acted as agents to collect the money and distribute the books."—- Methodist Hymn Book Notes, 1883, p. 20.

In the Wesleyan Hymn Book, 1780, the text of this hymn was given in full, and without alteration, as No. 9. It was repeated in later editions, and also passed, in the same form, into several collections in Great Britain and America. In addition the following abbreviations and centos are in common use:—
1. Sinners, obey the gospel word. This abbreviation in 5 stanzas (st. i.-iv., vi.) was given in 8. Whitefield's Hymns for Social Worship, 1753, No. 6; M. Madan's Psalms & Hymns, 1760; Bickersteth's Christian Psalmody, 1833, and others, to modern books.
2. Come, now, ye wanderers, to your God. This begins with st. vi. with alterations, and is given in several American collections, including the Plymouth Collection, 1855, and others.
3. Come, O ye sinners, to the Lord. This also begins with stanza vi., altered, and is in several American collections.
4. Come, weary souls, in Christ your Lord. This, in Bishop Bickersteth's Hymnal Companion, is composed of st. iv., vl., ix., x., slightly altered.
5. 0 come, ye sinners, to the Lord, in the American Hymns and Songs of Praise, N. Y., 1874, No. 433, is composed of st. vi.-x. slightly altered.
6. Ye sinners, hear the gospel word. This, in Kennedy, 1863, is from the former part of the hymn, with st. iii. 11. 5-8, added by Dr. Kennedy. This cento is adapted for Holy Communion.

This hymn has a wide acceptance (in its full form, and in these its several parts) both in Great Britain and America.

All tunes published with 'Invitation'^ top 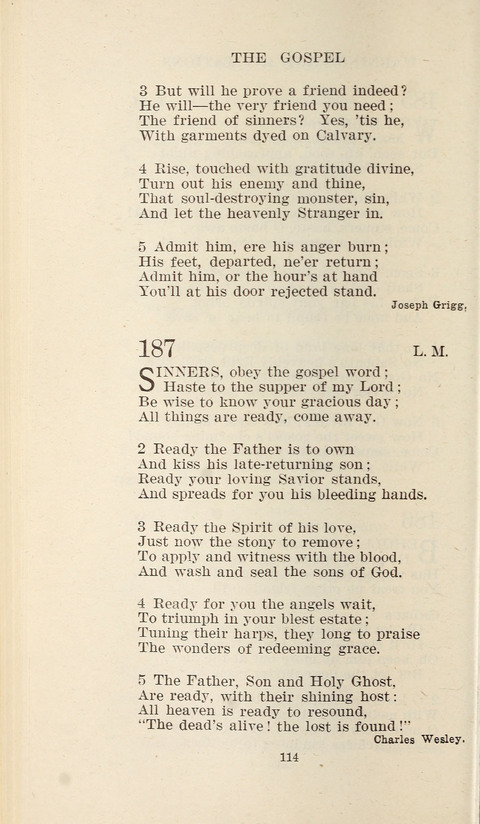