Manifestation to the Gentiles 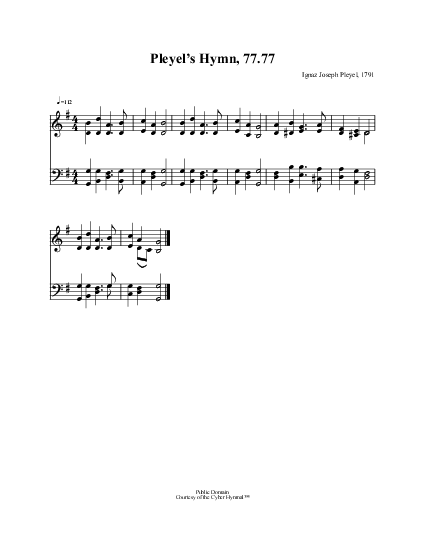 Sons of men, behold from far


2 Mild it shines on all beneath,
Piercing through the shades of death;
Scatt’ring error’s wide-spread night,
Kindling darkness into light.


3 Nations all, remote and near,
Haste to see your God appear:
Haste, for Him your hearts prepare,
Meet Him manifested there.


4 There behold the Dayspring rise,
Pouring light upon your eyes;
See it chase the shades away,
Shining to the perfect day.

Source: Gloria Deo: a Collection of Hymns and Tunes for Public Worship in all Departments of the Church #709

Sons of men, behold from far. C. Wesley. [Epiphany.] Published in Hymns and Sacred Poems, 1739, in 6 stanzas of 4 lines, and entitled, "Hymn for the Epiphany." (Poetical Works, 1868-72, volumes i. p. 184.) In M. Madan's Psalms & Hymns, 1760, it was given as No. 23, and was thus brought into use in the Church of England. It is seldom given in modern hymn books in its full form; and slight alterations are nearly always found in the text. It is in extensive use in most English-speaking countries. Notwithstanding this popularity it was excluded from the Wesleyan Hymn Book of 1780 and 1875. In the Cooke and Denton Hymnal, 1853, stanzas iv., v., vi., of this hymn, rewritten, together with an opening stanza and a doxology from another source, were given as, "Lo, the Gentiles bend the knee." This cento was repeated in the Salisbury Hymn Book, 1857, and other collections. Sometimes it reads, "Lo, the Gentiles bend the knee."

All tunes published with 'Manifestation to the Gentiles'^ top 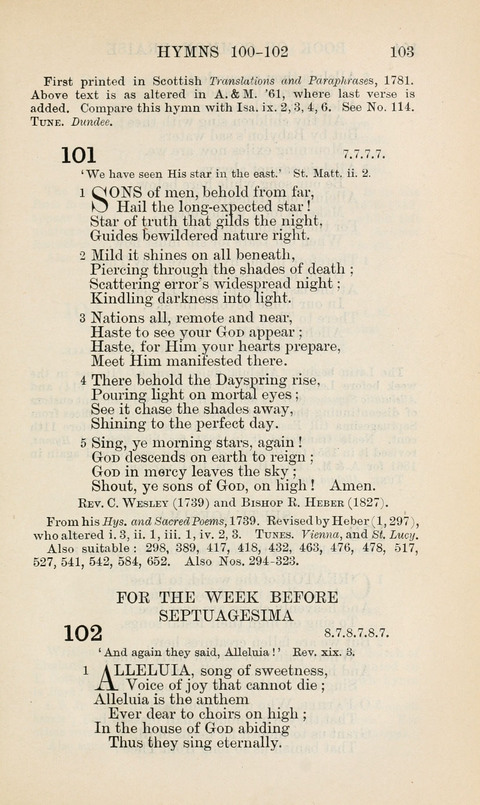 View Page
The Book of Common Praise: being the Hymn Book of the Church of England in Canada. Annotated edition (1909), p.103
^ top