Sovereign of all, whose will ordains 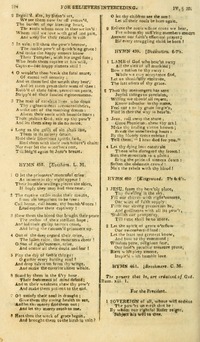 Sovereign of all, whose will ordains

Sovereign of all, Whose will ordains. C. Wesley. [In Time of National Trouble.] This is from the tract of Hymns for Times of Trouble and Persecution, first edition, 1744, No. 10, in 9 stanzas of 4 lines, and headed, "A Prayer for His Majesty King George, 'Fear God and honour the King.'" (Poetical Works, 1868-72, volumes iv., p. 21.) Jackson, in his Memoir of C. Wesley (ed. 1848, pp. 149-51), says that the dread of invasion by France on behalf of the Pretender, and the fear that Popery would be re-established, drove the people to many excesses, not the least marked of which was a common crusade against the Wesleys and their followers on the alleged ground (amongst other things) that they were secretly furthering the Pretender's views, and were receiving money for their labours. It was under these circumstances that the Hymns for Times of Trouble and Persecution were written and published, the finest being Saviour of all, Whose will ordains," and “Lord, Thou hast bid Thy people pray," the latter being entitled "For the King and the Royal Family." The former of these hymns was given in the first edition of the Wesleyan Hymn Book, 1780, No. 453, and the latter in the 1830 Supplement thereto, an abbreviated form as No. 755. 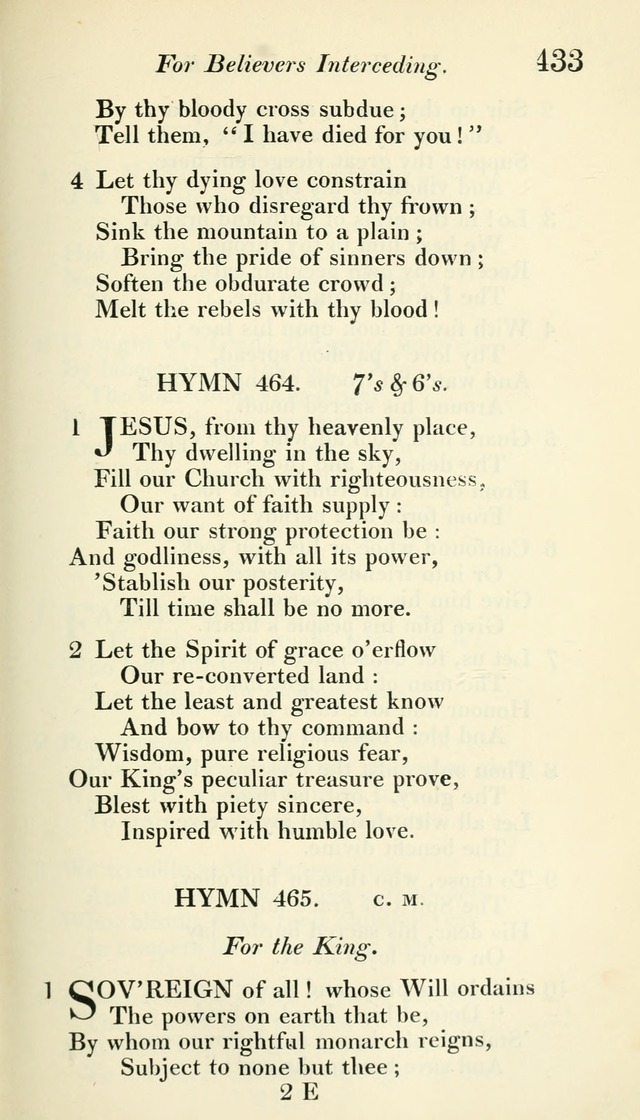 View Page
A Collection of Hymns, for the Use of the People Called Methodists, with a Supplement (1874), p.435
^ top

A Collection of Hymns, for the Use of the People Called Methodists, with a Supplement #465

A Selection of Psalms and Hymns for the Use of the Diocese of Nova Scotia. 3rd ed. #d297