The peace which God bestows 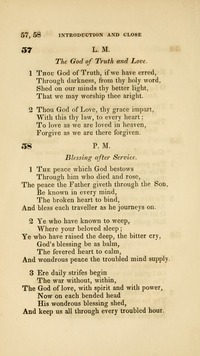 The peace which God bestows

The peace which God bestows
Through him who died and rose,
The peace the Father giveth through the Son,
Be known in every mind,
The broken heart to bind,
And bless each traveller as he journeys on.

Ye who have known to weep,
Where your beloved sleep;
Ye who have raised the deep, the bitter cry—
God’s blessing be as balm,
The fevered heart to calm,
And wondrous peace the troubled mind supply.

Ere daily strifes begin
The war without, within,
The God of love, with spirit and with power,
Now on each bended head
His deepest blessing shed,
And keep us all through every troubled hour. 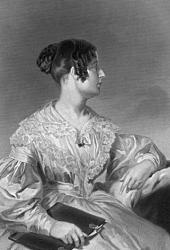 Hemans, Felicia Dorothea, née Browne, was born in Liverpool, Sep. 25, 1793. In 1800, her father having suffered severe losses in business, removed with his family near to Abergele, N. Wales, where he died sometime after. In 1812 she was married to Captain Hemans, who, on retiring from the army sometime after, removed to Bronnylfa, near St. Asaph. Some years after he left his wife and children and proceeded to Italy, where he died. In 1828 Mrs. Hemans removed to Wavertree, near Liverpool, and in 1831 to Dublin, where she died May 16, 1835, and was buried in St. Ann's Church, Dawson Street, in that city. From 1808, when at 15 she published Poems, to 1834, when her Scenes & Hymns of Life appeared, she produced a great number of poems and othe… Go to person page >
^ top

The peace which God bestows. [Peace with God.] This was given in the American Hymns of the Spirit 1864, No. 131, with the signature in the Index "*Mrs. Hemans," the asterisk indicating that changes had been made in the text. In The Pilgrim Hymnal 1904, the same text is repeated and also attributed to Mrs. Hemans. We have failed to trace it in her collected Works.

All tunes published with 'The peace which God bestows'^ top 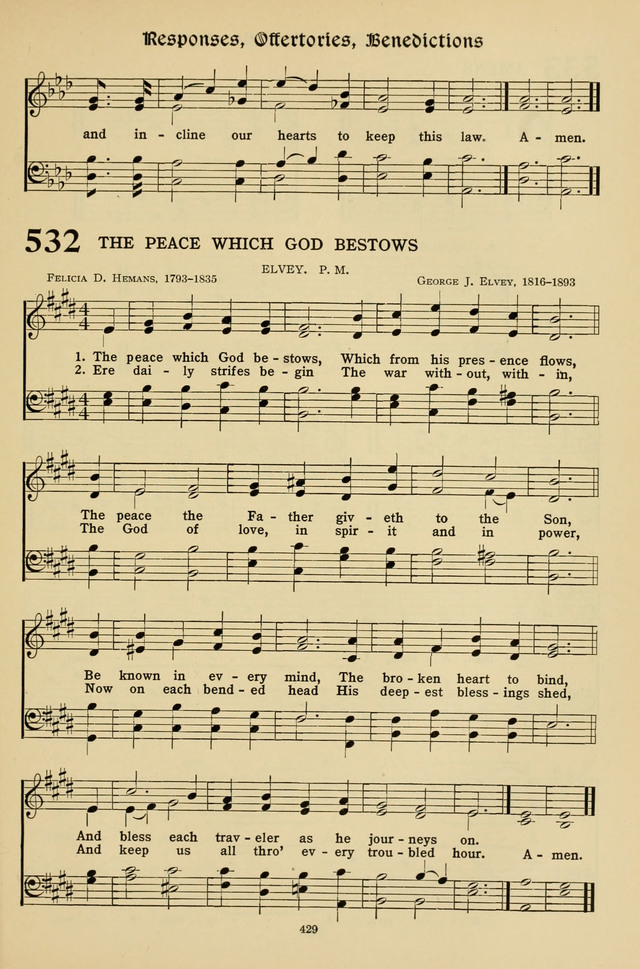 Hymn and Tune Book for the Church and the Home and Services for Congregational Worship. Rev. ed. #d689

Hymns for the Christian Church, for the Use of the First Church of Christ in Boston #469