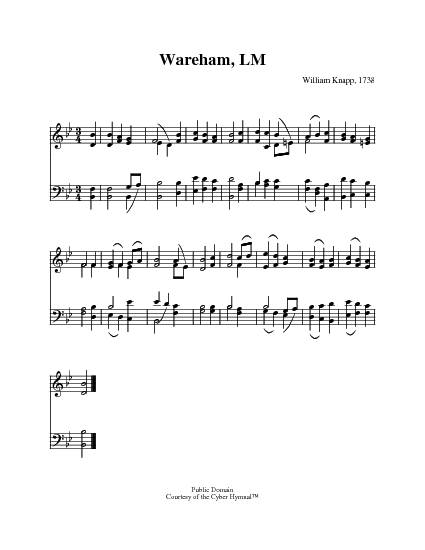 1 The wingéd herald of the day
Proclaims the morn's approaching ray:
So Christ the Lord renews His call,
To endless life awakening all.


3 With earnest cry, with tearful care,
Call we the Lord to hear our prayer;
While supplication, pure and deep,
Forbids each chastened heart to sleep.


4 O Father, that we ask be done,
Through Jesus Christ,Thine only Son;
Who, with the Holy ghost and Thee,
Shall live and reign eternally.

Ales diei nuntius. A. C. Prudentius. [Tuesday Morning.] This hymn is No. 1 in the Cathemerinon of Prudentius, and is in 25 stanzas of 4 lines. The cento in use is composed of stanza i., ii, xxi., xxv. of the poem, and will be found in Daniel, i., No. 103; additional notes, ii. p. 382 ; iv. p. 39. In the Roman Brevieary it is the hymn for Tuesday at Lauds. Also in the Hymnarium Sarisburiense, London 1851, pp. 47, 48; which contains, besides the Sarum text, variations from the York Use; and among different readings from Monastic Uses, those of Sts. Alban's, Evesham, Worcester, St. Andrew de Bromholm (Norfolk). It is also in the Aberdeen Breviary and others.

The text of this cento is also found in three manuscripts of the 11th century in the British Museum; in the Latin Hys. of the Anglo-Saxon Church, 1851, p. 18, it is printed from a Durham manuscript of the 11th century; in Macgill's Songs of the Christian Creed and Life, 1876 and 1879 ; and others. [Rev.W. A. Shoults, B.D.]
Translations common use:—

2. The winged herald of the day. By J. M. Neale. First published in the enlarged edition (First edition 1852) of the hymnal noted, 1854, No. 19, and continued in later editions. This translation also from the Sarum text.

All tunes published with 'The winged herald of the day'^ top 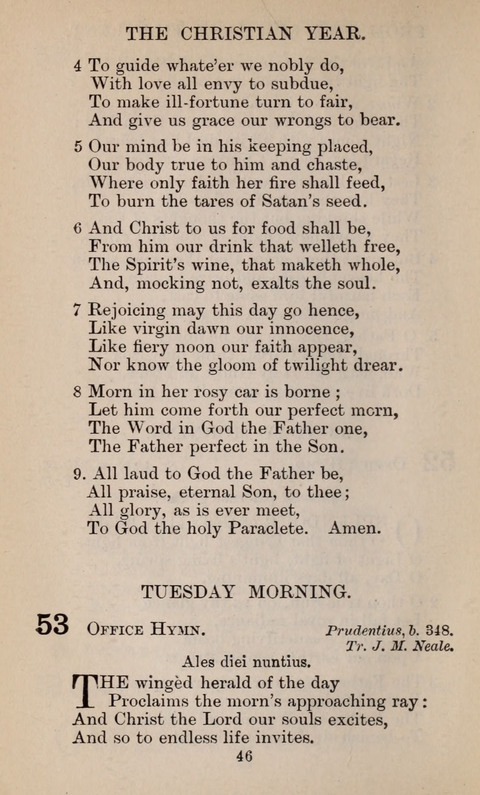