There is a calm for those who weep 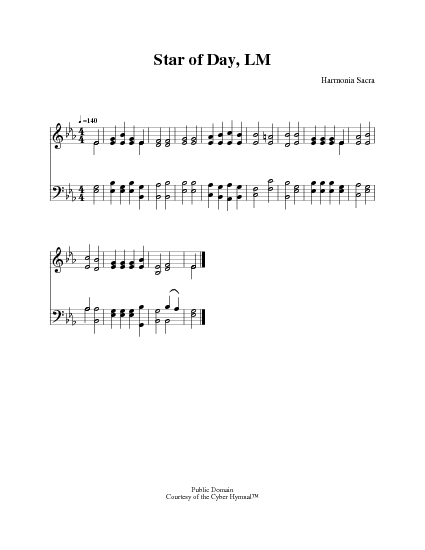 There is a calm for those who weep

1 There is a calm for those who weep,
A rest for weary pilgrims found;
They softly lie, and sweetly sleep,
Low in the ground.


2 The storm that sweeps the wintry sky
No more disturbs their deep repose
Than summer evening's latest sigh
That shuts the rose.


3 Then, traveler in the vale of tears,
To realms of everlasting light,
Through time's dark wilderness of years
Pursue thy flight.


4 Thy soul, renewed by grace divine,
In God's own image, freed from clay,
In heaven's eternal sphere shall shine,
A star of day.

Source: The Voice of Praise: a collection of hymns for the use of the Methodist Church #875

There is a calm for those who weep. J. Montgomery. [Death and Burial.] This is the opening of Montgomery's poem “The Grave," which first appeared in his Sheffield Newspaper, the Iris, June 20, 1805, in 30 stanzas of 4 lines, and signed a ”Aleaeus:" again in his Wanderer of Switzerland and Other Poems, 1806; and again in various editions of his Poetical Works. In the 1854 ed. of his Poetical Works Montgomery has dated it 1804. Various centos from this poem are in common use as hymns, and all but one begin with stanza i. In Martineau's Hymns, &c, 1840, No. 365 is composed of stanzas i., ii., xvi., xix., xxv., xxvii. slightly altered; and No. 366 of stanzas xxviii.-xxx. It must be noted that stanza xxviii. is a repetition of stanza i. with the third line rewritten. The centos in American hymnbooks differ from these, and from each other. 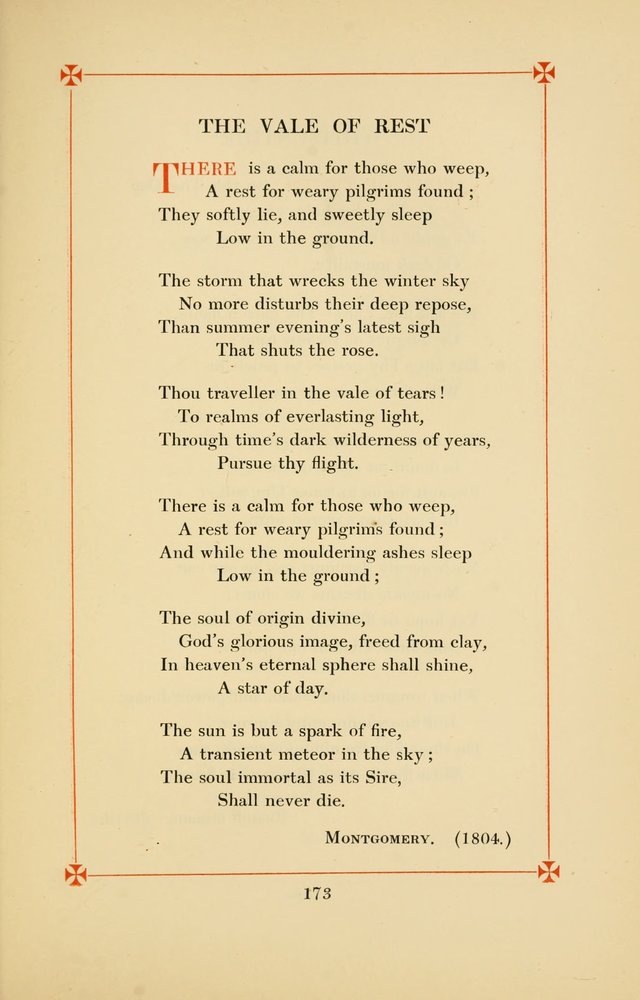