There is a land of pure delight 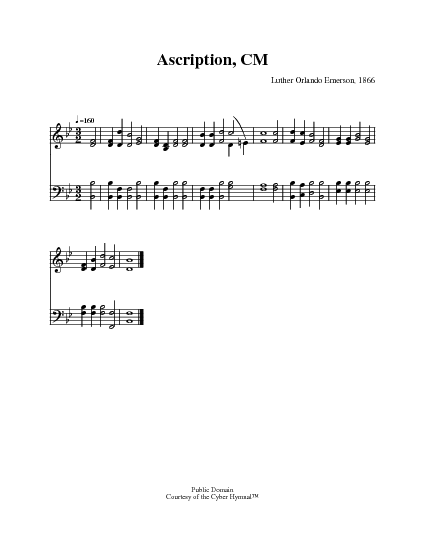 There is a land of pure delight, Where saints immortal reign

1 There is a land of pure delight,
where saints immortal reign;
infinite day excludes the night,
and pleasures banish pain.

2 There everlasting spring abides,
and never-withering flowers;
death, like a narrow sea, divides
that heavenly land from ours.

3 Sweet fields beyond the swelling flood
stand dressed in living green;
so to the Jews old Canaan stood,
while Jordan rolled between.

4 But timorous mortals start and shrink
to cross the narrow sea,
and linger shivering on the brink,
and fear to launch away.

5 O could we make our doubts remove,
those gloomy doubts that rise,
and see the Canaan that we love
with unbeclouded eyes;

6 Could we but climb where Moses stood,
and view the landscape o'er,
not Jordan's stream, nor death's cold flood,
should fright us from the shore!

Source: Ancient and Modern: hymns and songs for refreshing worship #804

There is a land of pure delight. I. Watts. [Heaven anticipated.] First published in his Hymns and Sacred Songs, 1707, and again in the 2nd ed., 1709, Bk. ii., as No. 66, in 6 stanzas of 4 lines, with the heading "A prospect of Heaven makes Death easy." In the older collections very many variations in the text were introduced, but most of these have gone out of use. Of those which remain the following appeared in Hall's Mitre Hymn Book., 1836, No. 182:—

The last alteration was made by Bishop Blomfield, to whom the "proofs" of the Mitre Hymn Book were submitted. Other variations are found in the text in some hymn-books: but latterly a strong reaction has taken place in favour of the original as given in Lord Selborne's Book of Praise, 1862-7. The use of this hymn has extended to all English-speaking countries, and it has been translated into many languages. In his Hymnologia Christiana Latina, 1871, R. Bingham has rendered four stanzas into Latin as, "Extat terra procul sanctis habitata beatis." This hymn is one of the earliest of Watts's compositions. A tradition exists in Southampton that it was suggested by the view of the Isle of Wight as seen from that town. 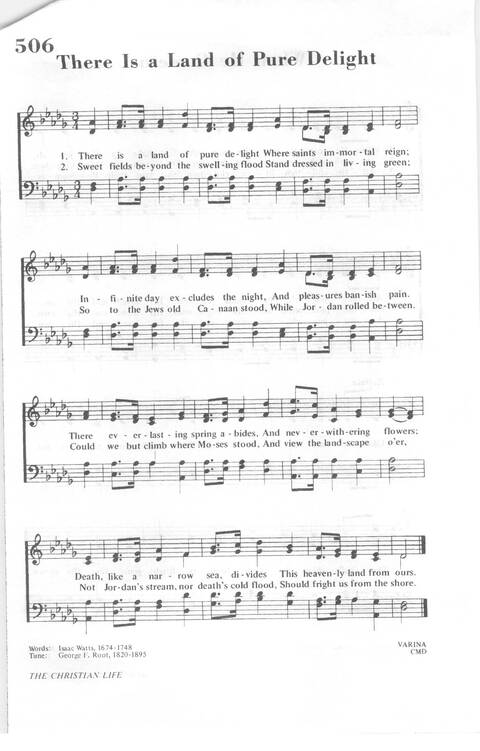 The Irish Presbyterian Hymbook #658a

The Irish Presbyterian Hymbook #658b

The Song Book of the Salvation Army #898