There's A Fold Both Safe And Happy 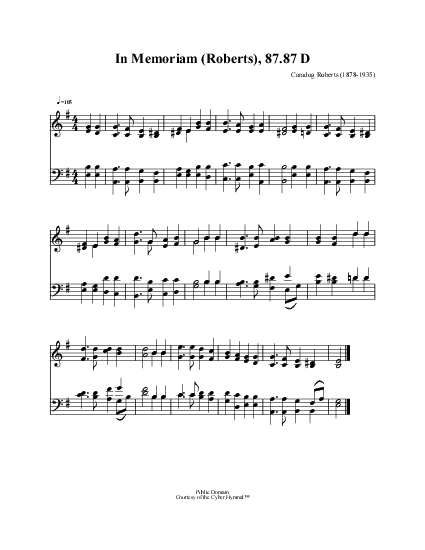 There's a fold, both safe and happy

1 There’s a fold both safe and happy,
Where the little ones may dwell;
And secure the Shepherd guards it,
For the lambs He loves so well.
Through the pleasant fields He leads them,
By the streamlets fresh and clear;
Rest and gladness gives He to them,
And His blessèd voice they hear.


2 Many of His lambs are resting
In a yet more peaceful fold,
Sheltered from the heat of summer,
Sheltered from the winter’s cold;
In a bright and happy country,
Where ’tis always fresh and fair,
And the presence of the Shepherd
Bideth ever with them there.


3 Of that fold the doors stand open,
And its rest each one may win;
For the welcome of the Master
Greeteth all who enter in.
Then will be the happy meetings
With the lambs that went before;
One blest fold and one dear Shepherd,
Safe at home forevermore!

Black, Mary Anne, née Manning, elder daughter of John Manning, J.P. of Nottingham, wash, at Nottingham, Oct. 10th, 1855, married to Mr. Arthur Black, Sept. 1879, and died Feb. 21, 1882. Before her marriage Mrs. Black wrote a number of hymns under the nom de plume of "May Manning" for the anniversaries of a village school in which she was interested. One of these, "There's a fold, both safe and happy" (Heaven), was written, shortly after the death of a sister, in 1878, and included in W. R. Stevenson's School Hymnal, 1880. --John Julian, Dictionary of Hymnology, Appendix, Part II (1907)  Go to person page >
^ top 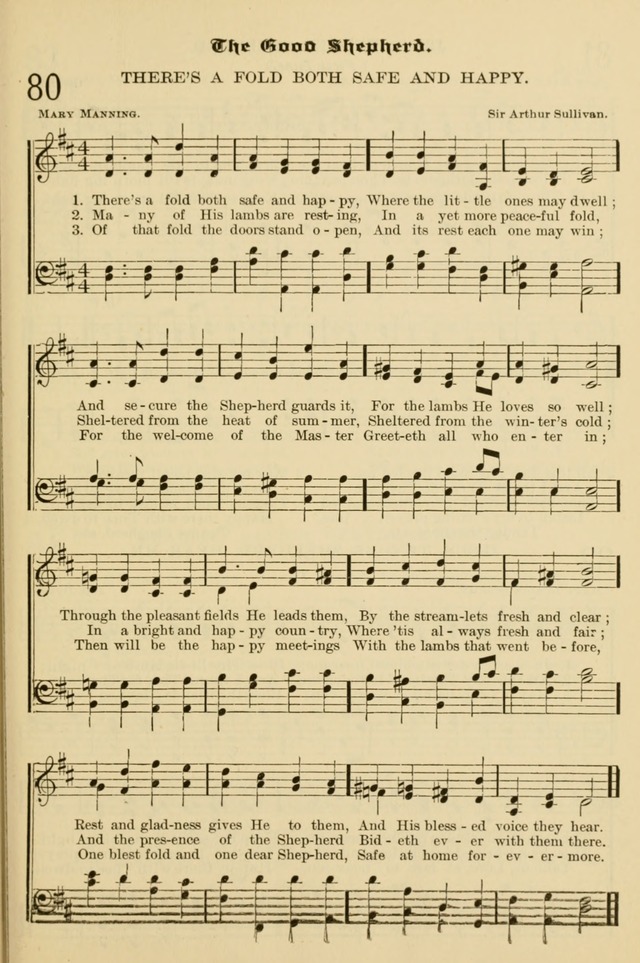