These glorious minds how bright they shine! 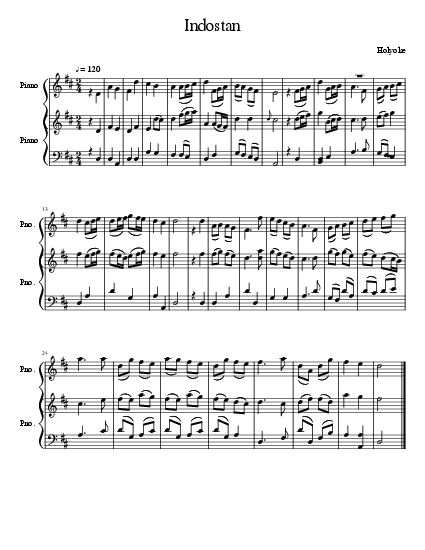 These glorious minds how bright they shine

"These glorious minds, how bright they shine!
Whence all their white array?
How came they to the happy seats
Of everlasting day?"


From torturing pains to endless joys
On fiery wheels they rode,
And strangely washed their raiment white
In Jesus' dying blood.


Now they approach a spotless God,
And bow before his throne
Their warbling harps and sacred songs
Adore the Holy One.


The unveiled glories of his face
Amongst his saints reside,
While the rich treasure of his grace
Sees all their wants supplied.


Tormenting thirst shall leave their souls,
And hunger flee as fast;
The fruit of life's immortal tree
Shall be their sweet repast.


The Lamb shall lead his heav'nly flock
Where living fountains rise;
And love divine shall wipe away
The sorrows of their eyes.


Source: Psalms and Hymns of Isaac Watts, The #I.41

These glorious minds, how bright they shine. J. Watts. [Martyrs.] First published in his Hymns, &c, 1707, Bk. i., No. 41, in 6 stanzas of 4 lines, and entitled "The Martyrs glorified. Rev. vii., 13, &c." In this form it is rarely used. In the Draft of the Scottish Translations and Paraphrases of 1745, it is given as No. xliii. The author of this recast is unknown. This text was repeated, with slight changes, in the Draft of 1751, but in the authorized issue of the Translations, &c, of 1781, it underwent considerable changes.

This text has been in authorized use in the Church of Scotland for more than 100 years. It is also in extensive use in all English-speaking countries, and sometimes with a doxology added thereto, as in Hymns Ancient & Modern. It has been translated into several languages, e.g. into Latin, by H. M. Macgill, in his Songs of the Christian Creed and Life, 1876, as:—“Animae clare lucentes." The 1781 version is claimed by the eldest daughter of W. Cameron as his. His indebtedness, however, to the recast of 1745 was very great. Its right designation is I. Watts, 1709; Scottish Draft Translations and Paraphrases, 1745; and W. Cameron, 1781. From the 1781 text we also have:—
1. A numbered company behold. By Jane E. Leeson, in her Paraphrases and Hymns, 1853. This is a recast.
2. How bright these saints in glory shine. In T. Darling's Hymns for the Church of England. 1857-88.
3. How bright those saints in glory shine. In J. B. Whiting's Hymns for the Church Catholic. 1882.
These altered versions of the text are not in extensive use.

All tunes published with 'These glorious minds how bright they shine!'^ top

Harmonia Americana: containing a concise introduction to the grounds of music; with a variety of airs, suitable fore divine worship and the use of musical societies; consisting of three and four parts #23 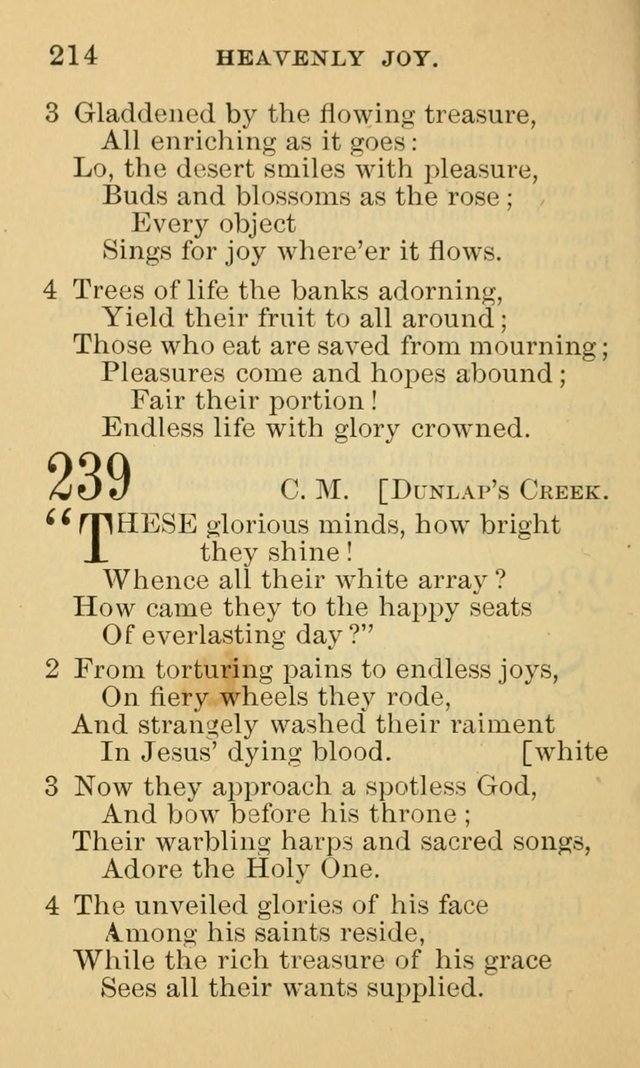 View Page
A Collection of Psalms and Hymns: suited to the various occasions of public worship and private devotion (1884), p.214
^ top