This place is holy ground 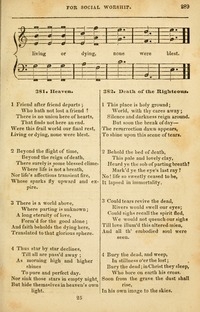 This place is holy ground

This place is holy ground. J. Montgomery. [Death and Burial.] This is the opening line of Verses to the Memory of the late Richard Reynolds, of Bristol, London: Longmans, 1816. The Verses were given in three parts: i. "The death of the Righteous"; ii. "The Memory of the Just"; iii. "A Good Man's Monument." Mr. Reynolds was an emi¬nent Quaker philanthropist; and the “Monument" referred to was the Society for the relief of persons in necessitous circumstances which was founded in Bristol in his memory. The Verses were repeated in all the complete editions of Montgomery's Works. The cento given in several American hymnbooks, including Hatfield's Church Hymn Book, 1872, is composed of stanzas i., ii., vii.-ix. of pt. i. on " The death of the Righteous." The original is in 9 stanzas of 6 lines.

All tunes published with 'This place is holy ground'^ top 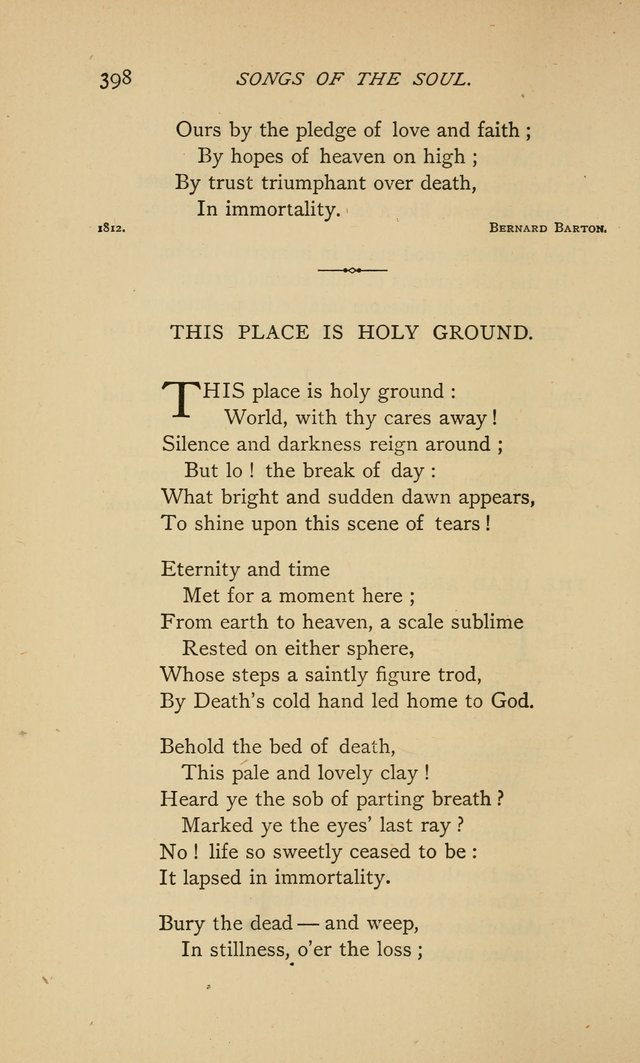 A Collection of Psalms and Hymns for the Sanctuary #568

A Selection of Spiritual Songs #971

Church Pastorals, hymns and tunes for public and social worship #909

Congregational Hymn and Tune Book; containing the Psalms and Hymns of the General Association of Connecticut, adapted to Suitable Tunes #944

Display Title: Death of the righteous First Line: This place is holy ground Date: 1856
Congregational Hymn and Tune Book; containing the Psalms and Hymns of the General Association of Connecticut, adapted to Suitable Tunes #944

Cottage Melodies; a hymn and tune book, for prayer and social meetings and the home circle #331

Hymns and Songs of Praise for Public and Social Worship #1310

Plymouth Collection of Hymns and Tunes; for the use of Christian Congregations #1158

Psalms and Hymns, for Christian Use and Worship #H664

Songs for the Sanctuary, or Hymns and Tunes for Christian Worship #ad1108

Songs for the Sanctuary, or Hymns and Tunes for Christian Worship #b1210

Songs for the Sanctuary; or Psalms and Hymns for Christian Worship (Baptist Ed.) #1210

Songs for the Sanctuary; or, Psalms and Hymns for Christian Worship (Words only) #1210

The Christian Psalmist; or, Watts' Psalms and Hymns #607