Thou loving Saviour of mankind 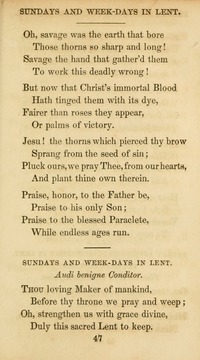 Thou loving Saviour of mankind

Audi, benigne Conditor. St. Gregory the Great. [Lent.] This hymn is given in St.Gregory's Works (see Migne's Patrologia, tom. 78, col. 849, 850.) In the Roman Breviary, 1632 it occurs, almost unaltered, as the hymn at Vespers on the Saturday before the First Sunday in Lent, to the Saturday before Passion Sunday (the last exclusively), when the Ferial Office is said, Sundays included. [Rev. W. A. Shoults, B.D.]
Translations in common use:— 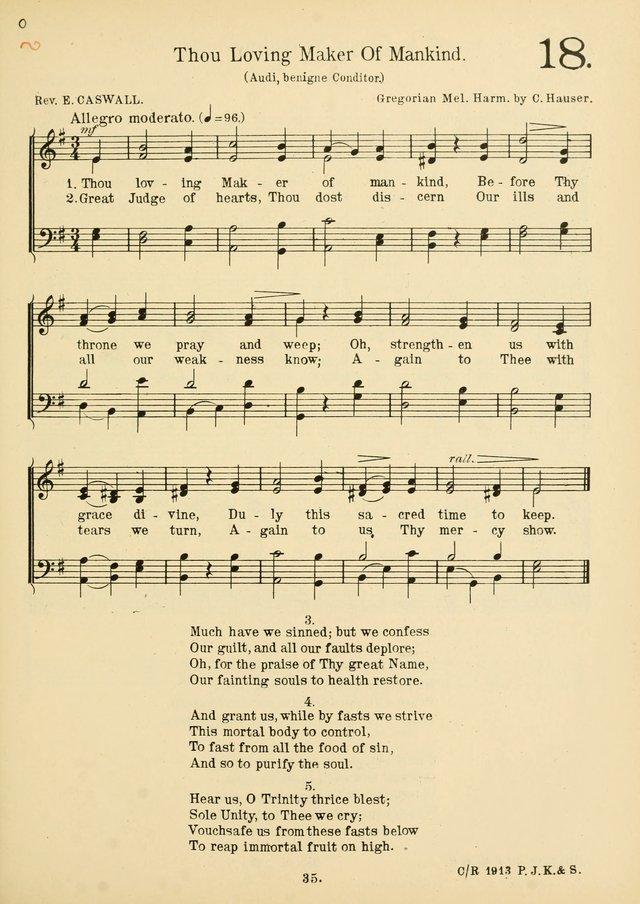 Hymns and Songs for Catholic Children #54

Hymns for the Reformed Church in the United States #121