Through endless years thou art the same 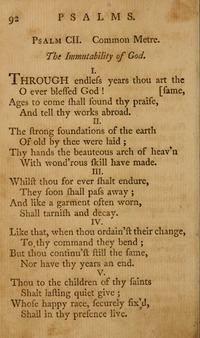 Through endless years thou art the same

1 Through endless years thou art the same,
O thou eternal God;
Each future age shall know thy name,
And tell thy works abroad.


2 The strong foundations of the earth
Of old by thee were laid;
By thee the beauteous arch of heaven
With matchless skill was made.


3 Soon may this goodly frame of things,
Created by thy hand,
Be, like a vesture, laid aside,
And changed at thy command.


4 But thy perfections, all divine,
Eternal as thy days,
Through everlasting ages shine,
With undiminished rays.


Source: The Voice of Praise: a collection of hymns for the use of the Methodist Church #38

Through endless years Thou art the same. [Ps. cii.] This cento is found in several English and American hymnbooks; sometimes in four and at other times in five stanzas; and in most cases differing somewhat in the text. The earliest date to which we have traced it is the English Baptist New Selection of Hymns, 1828, No. 17, in 5 stanzas, the first of which is taken from Watts's version of Ps. cii., and the rest from the New Version, 1696, and in both instances with alterations. This text, with alterations and the omission of stanza v., was given in the American Congregational Church Psalmody, by Mason and Greene, Boston, 1831, No. 102. In some later American hymn-books, stanza v., as in the English Baptist New Selection, 1828, or altered, is restored. The text of the 1880 Supplement to the English Baptist Psalms & Hymns, is from the New Selection, slightly altered. 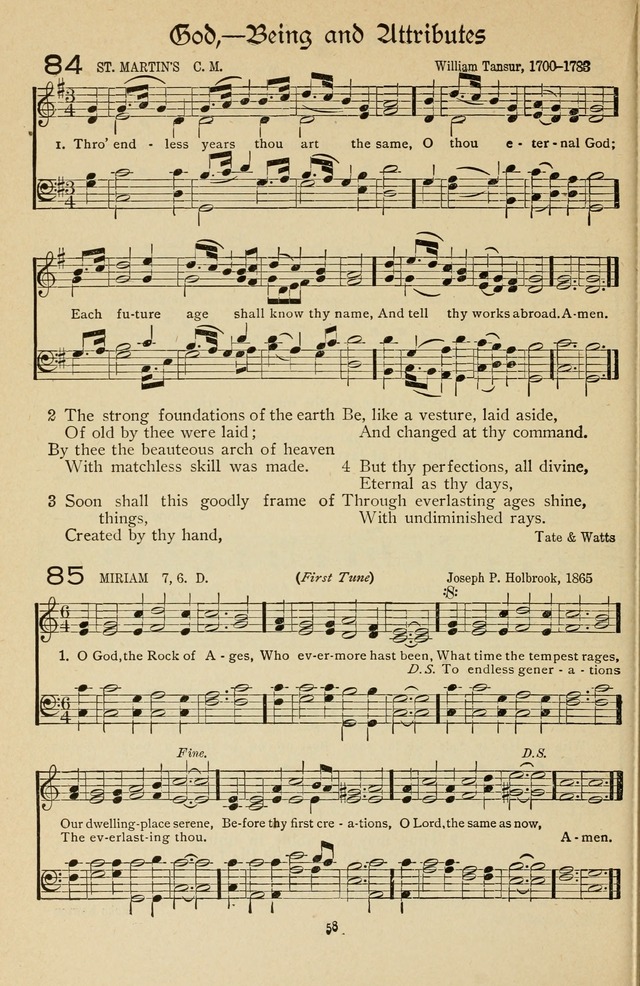 View Page
The Sanctuary Hymnal, published by Order of the General Conference of the United Brethren in Christ (1914), p.59
^ top