Time is earnest, passing by 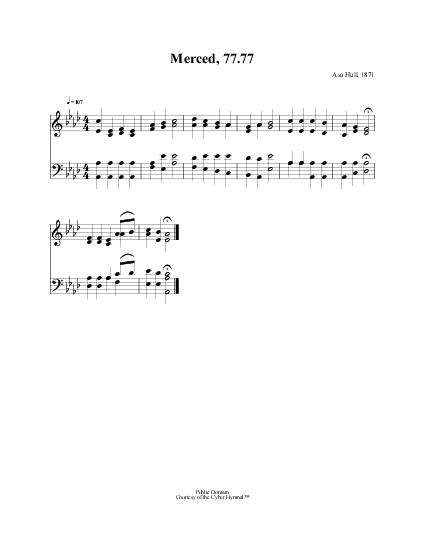 Time is earnest, passing by

1 Time is earnest, passing by;
Death is earnest, drawing nigh;
Sinner, wilt thou trifling be?
Time and death appeal to Thee.


2 Life is earnest; when 'tis o'er,
Thou returnest never more;
Soon to meet eternity;
Wilt Thou never serious be?


4 O be earnest! death is near;
Thou wilt perish, ling'ring here:
Sleep no longer, rise and flee;
Lo! thy Saviour waits for thee!

Source: Redemption Songs: a choice collection of 1000 hymns and choruses for evangelistic meetings, solo singers, choirs and the home #262

Dyer, Sidney, who served in the U. S. Army from 1831 to c. 1840, is a native of White Creek, Washington County, New York, where he was born in 1814. On leaving the army he was ordained a Baptist Minister in 1842, and acted first as a Missionary to the Choctaws, then as Pastor in Indianapolis, Indiana (1852), and as Secretary to the Baptist Publication Society, Phila. (1859). He has published sundry works, and in the Southwestern Psalmist, 1851, 16 of his hymns are found. The following are later and undated:— 1. Go, preach the blest salvation. Missions. In the Baptist Praise Book, 1871, and The Baptist Hymn & Tune Book, 1871. 2. Great Framer [Maker] of unnumbered worlds. National Humiliation. In the Boston Unitarian Hymn [an… Go to person page >
^ top

Time is earnest, passing by. [Old and New Year.] This popular Sunday School hymn appeared in three publications in the same year, and in each case anonymously. (1) It is found in Sidney Dyer's American Southwestern Psalmist, 1851 and signed "Anon."; (2) again in an American paper called Independent, 1851; (3) and again, in England, in The Bible Class Magazine, 1851, with the signature “Independent," the name of the American paper from which it was taken. It was in 4 stanzas of 4 lines. Subsequently it was reprinted in The Bible Class Magazine, with music by Mr. Joseph Dyer, the School¬master of the Wesleyan School, Pocklington. Miller says (Singers & Songs, &c, 1869, p. 551) that “it also appeared in Select Music for the Young (Sunday School Union), where it is headed, 'All Things Earnest; composed by Joseph Dyer.'" This curious association of two men of the name of Dyer with the hymn, the first in America, and the second in England, has led to its authorship being attributed at one time to Sidney Dyer, and at another to Joseph Dyer, and in each case without authority of any weight. Usually the hymn is given in an abbreviated form of 5 stanzas as in the Universal Hymn Book, 1885, the Congregational Church Hymnal, 1887, and others.

[Time is earnest! Passing by]


[Time is earnest, passing by]

All tunes published with 'Time is earnest, passing by'^ top 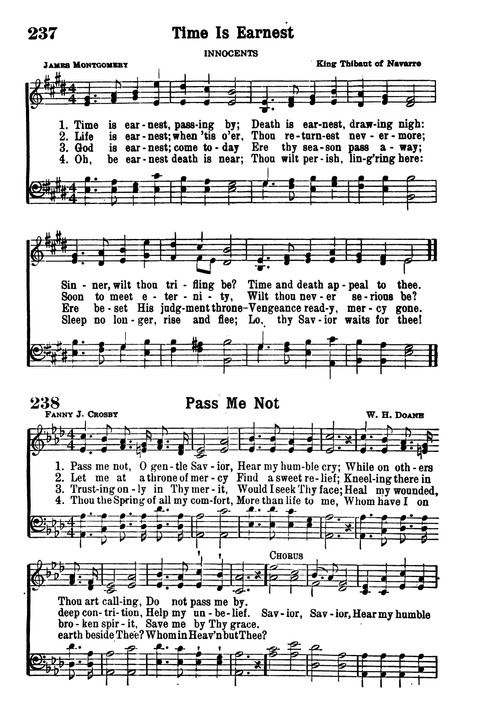