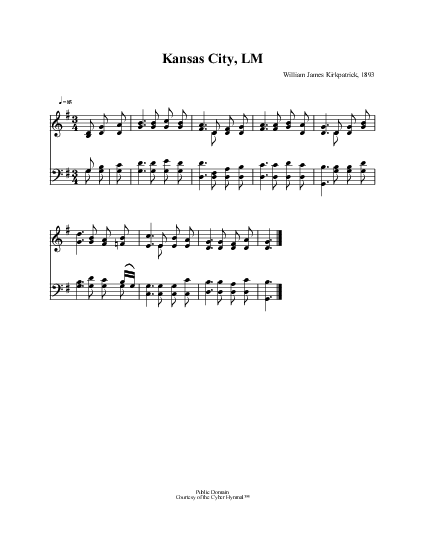 Author: Park Benjamin
Tune: [I take my portion from thy hand]
Published in 2 hymnals

1 ’Tis eve; one brightly beaming star
Shines from the eastern heav’n afar,
To light the footsteps of the brave,
Slow marching to a comrade’s grave.


2 And whose the form, all stark and cold,
Thus ready for the loosened mould,
And stretched upon so rude a bier?
Thine, soldier, thine! the Volunteer.


3 Poor Volunteer! the shot, the blow,
Or swift disease hath laid him low;
And few his early loss deplore—
His battle fought, his journey o’er.


4 Alas! no wife’s fond arms caressed,
His cheek no tender mother pressed;
No pitying soul was by his side,
As lonely in his tent he died.


5 He died—the Volunteer—at noon;
At evening came the small platoon
That soon will leave him to his rest,
With sods upon his manly breast.


6 Hark to their fire! his only knell—
More solemn than the passing bell;
For ah! it tells a spirit flown,
Unshriven, to the home unknown.


7 Alas! like him, how many more
Like cold upon Potomac’s shore!
How many green unnoted graves
Are bordered by those placid waves.


8 Wake! soldier, wake! from sorrow flee,
And sin and strife. ’Tis well with thee.
’Tis well; though not a single tear
Laments the buried Volunteer! 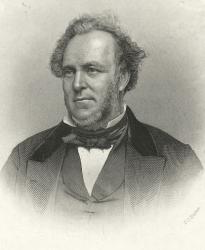 Park Benjamin. American journalist and poet. Park Benjamin was born in 1809 in British Guiana. His father was an import merchant who made frequent trips between British Guiana and New Haven, Connecticut. Park Benjamin was sent to Connecticut in his early years and graduated from Trinity College. He practiced law in Boston but preferred editorial work there, and later in New York. In 1840 helped to found The New World, and after other brief editorial ventures became a lecturer, public reader, and periodical writer, prominent in New York literary circles. He is know known mainly through his shorter poems. The new international encyclopaedia, New York: Dood, Mead, 1905 and Find A Grave website accessed 8/9/2020 Go to person page >
^ top

[I take my portion from thy hand]