To Us a Child of Hope is Born 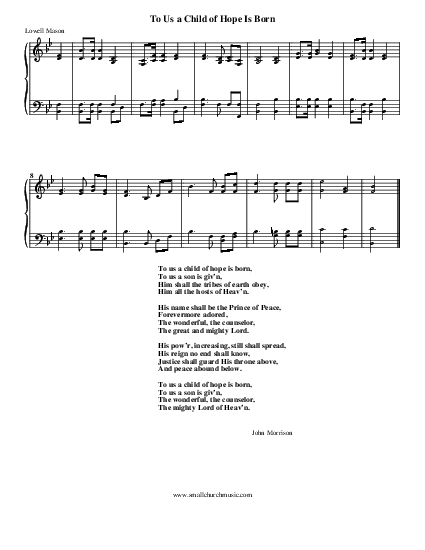 To us a child of hope is born

1 To us a child of hope is born,
to us a son is giv'n,
him shall the tribes of earth obey,
him all the hosts of heav'n.


2 His name shall be the Prince of Peace,
forevermore adored,
the Wonderful, the Counselor,
the great and mighty Lord.


3 His pow'r, increasing, still shall spread,
his reign no end shall know;
justice shall guard his throne above,
and peace abound below.


4 To us a child of hope is born,
to us a son is giv'n,
the Wonderful, the Counselor,
the mighty Lord of heav'n.

Bruce, Michael, son of a Scottish weaver, was born at Kinnesswood, Portmoak, Kinrossshire, Scotland, March 27,1746, and educated at the village school, Edinburgh University (where he first became acquainted with John Logan), and the Theological Hall of the Associate Synod, held at Kinross, under the Rev. John Swanston, intending ultimately to enter the ministry, a hope which was frustrated by his untimely death. To assist in procuring University fees and maintenance he for some time conducted a school, during the recess, at Gairney Bridge, and subsequently at Forrest Mill, near Tillicoultry. Whilst yet a student he died at Kinnesswood, July 5th, 1767. [Also, see Logan, John] The names of Michael Bruce and John Logan are brought together… Go to person page > 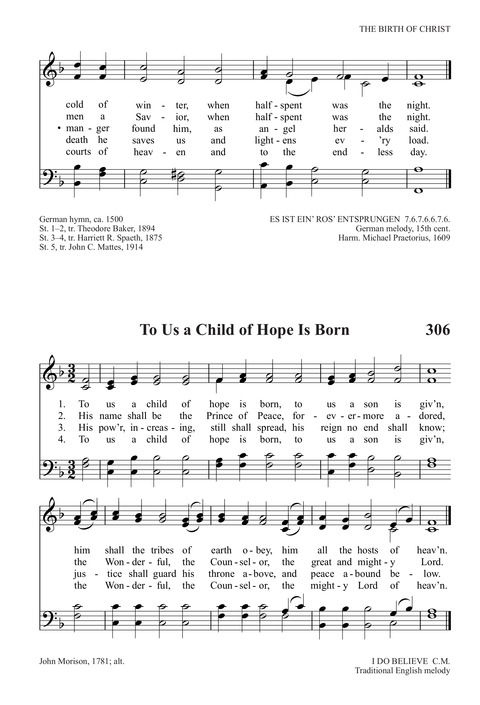