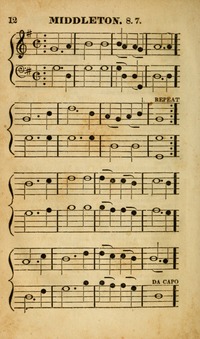 1 Tossed upon life's raging billow.
Sweet it is, O Lord, to know
Thou didst press a sailor's pillow.
Thou canst feel a sailor's woe;
Never slumb'ring, never sleeping.
Tho' the night be dark and drear,
Thou the faithful watch art keeping;
"All is well," thy constant cheer.


2 Thou my heart the hope will cherish,
While to thee I lift mine eye,
Thou wilt save me o'er I perish,
Thou wilt hear the sailor's cry;
And the mast and sail be riven,
Soon life's voyage will be o'er;
Safely moored in heav'n's wide haven,
Storm and temptest vex no more. 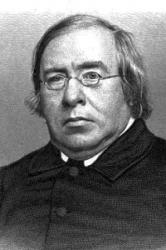 Bethune, George Washington, D.D. A very eminent divine of the Reformed Dutch body, born in New York, 1805, graduated at Dickinson Coll., Carlisle, Phila., 1822, and studied theology at Princeton. In 1827 he was appointed Pastor of the Reformed Dutch Church, Rinebeck, New York. In 1830 passed to Utica, in 1834 to Philadelphia, and in 1850 to the Brooklyn Heights, New York. In 1861 he visited Florence, Italy, for his health, and died in that city, almost suddenly after preaching, April 27, 1862. His Life and Letters were edited by A. R. Van Nest, 1867. He was offered the Chancellorship of New York University, and the Provostship of the University of Pennsylvania, both of which he declined. His works include The Fruits of the Spirit, 1839; Ser… Go to person page >
^ top

Tossed upon life's raging billow. Sailor's Hymn. Appeared in the Christian Lyre, 1830; in the Seamen's Devotional Assistant the same year, and in Dr. Bethune's Lays, 1847, p. 168, in 3 stanzas of 8 1ines. It "is said to have been the Author's first and favourite hymn, having been written when he was on a voyage to the West Indies, for the benefit of his health, in the year 1825" (Lyra Sacra Americana p. 297). It is a "Sailor's Hymn;" as such it was given in Lyra Sacra Americana, and thence passed into The Hymnary, 1872, and other English collections.

BETHANY, named after the village near Jerusalem, is a suitably dramatic tune for the song text. It was composed by Henry Smart (b. Marylebone, London, England, 1813; d. Hampstead, London, 1879), a capable composer of church music who wrote some very fine hymn tunes (REGENT SQUARE, 354, is the best-k…

All tunes published with 'Tossed upon life's raging billow'^ top 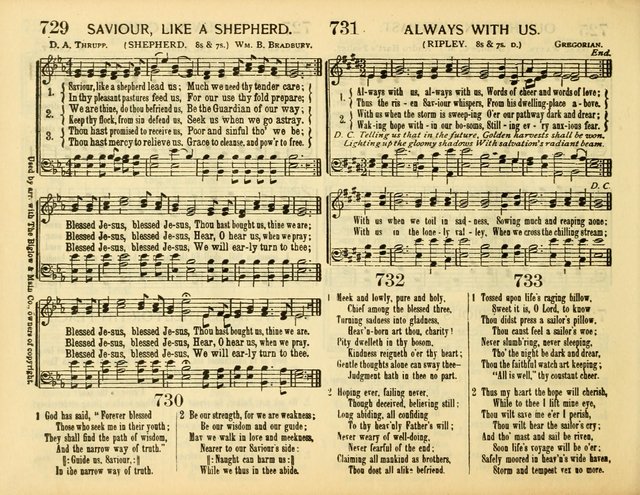 Book of Hymns and Tunes, comprising the psalms and hymns for the worship of God, approved by the general assembly of 1866, arranged with appropriate tunes... by authority of the assembly of 1873 #295b

Carmina for the Sunday School and Social Worship #234

Carmina Sanctorum, a selection of hymns and songs of praise with tunes #662

Church Pastorals, hymns and tunes for public and social worship #648

Cottage Melodies; a hymn and tune book, for prayer and social meetings and the home circle #144

Hymn Book for the Army and Navy #d76

Hymns and Songs for Social and Sabbath Worship #522

Hymns and Songs of Praise for Public and Social Worship #1147

Many Voices; or, Carmina Sanctorum, Evangelistic Edition with Tunes #481

Plymouth Collection of Hymns and Tunes; for the use of Christian Congregations #880

Psalms and Hymns and Spiritual Songs #828

Psalms and Hymns for the Worship of God #d851

Songs for Social and Public Worship #887

Songs for the Sanctuary, or Hymns and Tunes for Christian Worship #ad1168

Songs for the Sanctuary, or Hymns and Tunes for Christian Worship #b1322

Songs for the Sanctuary; or Psalms and Hymns for Christian Worship (Baptist Ed.) #1322

Songs for the Sanctuary; or, Psalms and Hymns for Christian Worship (Words only) #1322

Songs of Devotion for Christian Assocations #608

The American Hymn and Tune Book, Newly Revised and Especially Adapted to Vestry Use #d147

The American Vocalist #288a

The Baptist Hymn and Tune Book #880

The Clifton Chapel Collection of "Psalms, Hymns, and Spiritual Songs" #1281

The Friends' Hymnal, a Collection of Hymns and Tunes for the Public Worship of the Society #a598

The Harmoniad and Sacred Melodist #d145

The Manual of Praise for Sabbath and Social Worship #438

The New Congregational Hymn and Tune Book, for Public, Social and Private Worship #634

The Service of Praise #d340

The Wesleyan Harp, a Collection of Hymns and Tunes Suitable for Social Worship. 1st ed. #d139