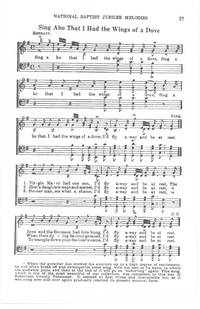 Virgin Mary had one Son

Tune: [Virgin Mary had one Son]
Published in 3 hymnals

When the preacher has worked his auditors up to a high degree of excitement, he will often break off and extemporize some song. With his text as its basis, in which the audience joins, and then at the end it will go on "exhorting" again. This song, which is one of the most beautiful of our collection, was composed in this way in Robertson County Tennesse.. It seemed a first crude and unavailable but as it was sung over and over again gradually reached its present musical form.

[Virgin Mary had one Son] 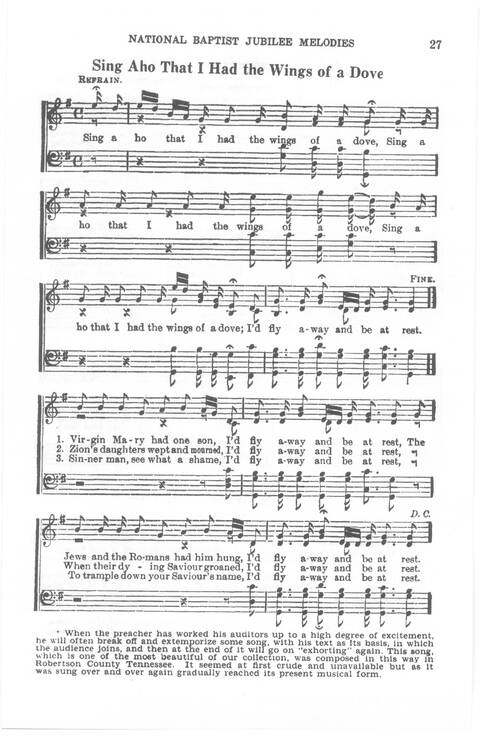 Display Title: Sing O that I had the wings of a dove First Line: Virgin Mary had one Son Date: 1927
Plantation Melodies and Spiritual Songs. 3d ed. #d131
All instances^ top
Suggestions or corrections? Contact us