Was it in vain that Jesus prayed 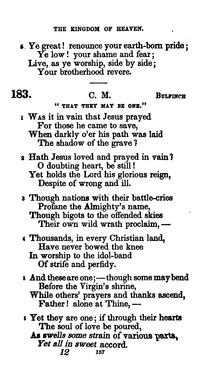 Was it in vain that Jesus prayed

Was it in vain that Jesus prayed
For those he came to save,
When darkly o’er his path was laid
The shadow of the grave?

Hath Jesus loved and prayed in vain?
O doubting heart, be still!
Yet holds the Lord his glorious reign,
Despite of wrong and ill.

Though nations with their battle-cries
Profane the Almighty’s name,
Though bigots to the offended skies
Their own wild wrath proclaim,—

Thousands, in every Christian land,
Have never bowed the knee
In worship to the idol-band
Of strife and perfidy.

And these are one;—though some may bend
Before the Virgin’s shrine,
While others’ prayers and thanks ascend,
Father! alone at Thine,—

Yet they are one; if through their hearts
The soul of love be poured,
As swells some strain of various parts,
Yet all in sweet accord. 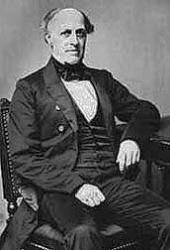 Bulfinch, Stephen Greenleaf, D.D. This Unitarian minister was born at Boston, June 18, 1809, and removed to Washington in 1818, his father being the architect of the Capitol. He graduated at Columbian College and the Cambridge Theological School. In 1831 lie was ordained at Charleston, S.C., as assistant to Dr. Gilman. Subsequently he was pastor at Pittsburg, Pennsylvania; Washington, 1838; Nashua, New Hampshire, 1845; Dorchester, Mass., 1852; and "East Cambridge, Mass., 1865. He died at the last place, Oct. 12, 1870. His works include:— (1) Contemplations of the Saviour; A Series of Extracts from the Gospel History, with Reflections and Original and Selected Hymns. Boston, Carter and Hendee, 1832. This has been reprinted in England. (… Go to person page >
^ top 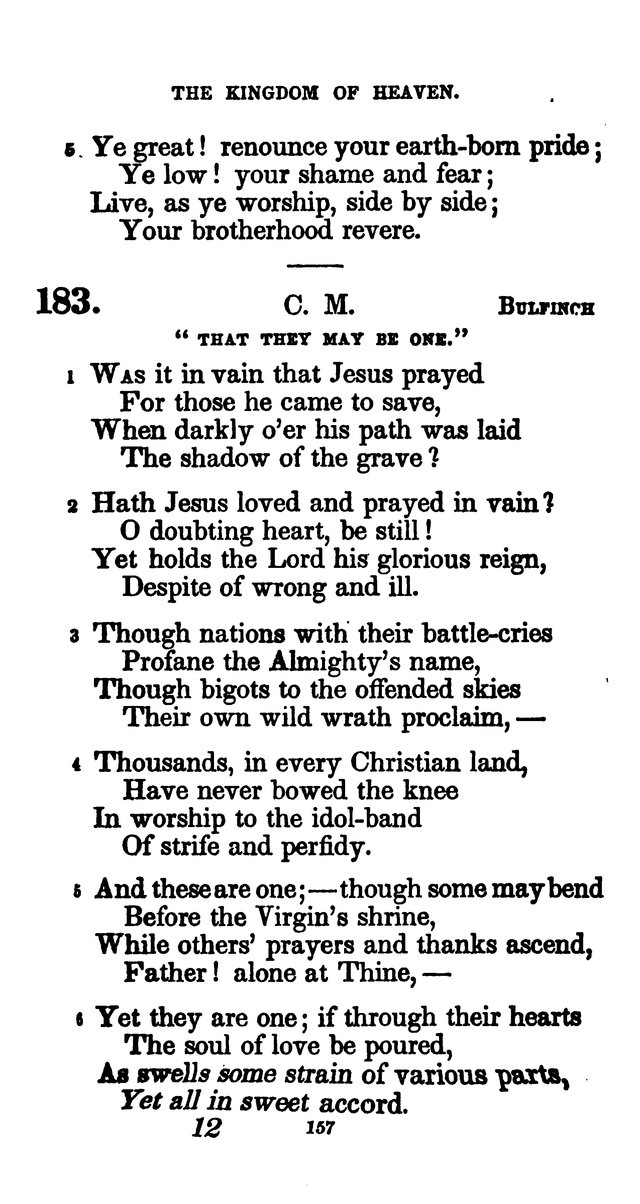