Flesh of His Flesh

We are the blessed receivers

Author: Michael Card
Tune: [We are the blessed receivers]
Published in 1 hymnal 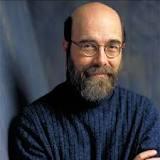 Michael Card (born April 11, 1957) is an American Christian singer-songwriter, musician, author, and radio host from Franklin, Tennessee. He is best known for his contributions in contemporary Christian music, which couple folk-style melodies and instrumentation with lyrics that stem from intensive study of the Bible. Since his debut in 1981, he has sold more than 4 million albums and has written 19 No. 1 singles. He has also authored several books, including Gold Medallion Book Award winner A Sacred Sorrow. Card was born in Madison, Tennessee as the son of a doctor and grandson of a Baptist minister. He received Bachelor's and Master's degrees in Biblical Studies from Western Kentucky University, and was awarded the university's "Distin… Go to person page >
^ top

[We are the blessed receivers]

All tunes published with 'Flesh of His Flesh'^ top

Hymns for a Pilgrim People #488