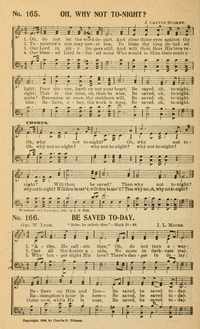 1 Weary, lonely, sad, forsaken,
Humbled to a station low,
Sat a hopeless blind man begging,
By the road to Jericho.
Soon he heard the noise of footsteps,
As of waters rolling nigh;
For the Galilean Prophet
With the throng was passing by.


Refrain:
Then arise, He calleth thee,
Sick or suff’ring, blind or lame!
Jesus healed in Galilee,
He is evermore the same.


2 When he heard that it was Jesus,
Who had healed the sin-sick soul,
Then he called aloud for mercy,
That he, too, might be made whole.
But the multitude rebuked him,
Saying he should silent be;
Yet he only called more loudly,
“Have compassion, Lord, on me!” [Refrain]


4 Then as he approached the Master,
Healing virtue to receive,
Jesus said, “Thy faith hath saved thee,
Be it as thou dost believe.”
And the blind man’s eyes were opened,
He had proved the promise true;
Ye, who still in sickness languish,
Lo, the Master calls for you. [Refrain]

Birth: Oct. 9, 1882, Parke County, Indiana, USA Death: Mar. 20, 1980, Tampa, Hillsborough County, Florida, USA Clara McAlister Brooks was one of our early songwriters and four of her pieces are in the current hymnal. From the earliest days of the movement we have had women prominent in all forms of our ministry—missionaries, evangelists, teachers, pastors, and God has honored their sacrificial labors. For that reason we can stand in amazement when here, in the 1970s, such old-line denominations as the Episcopal church are being racked with controversy over whether the ordination of women is permissible. But before we gather Pharisaic robes about ourselves, perhaps we need to look candidly at the way in which we, too, succumbed to so… Go to person page >
^ top

All tunes published with 'Arise, He Calleth Thee'^ top 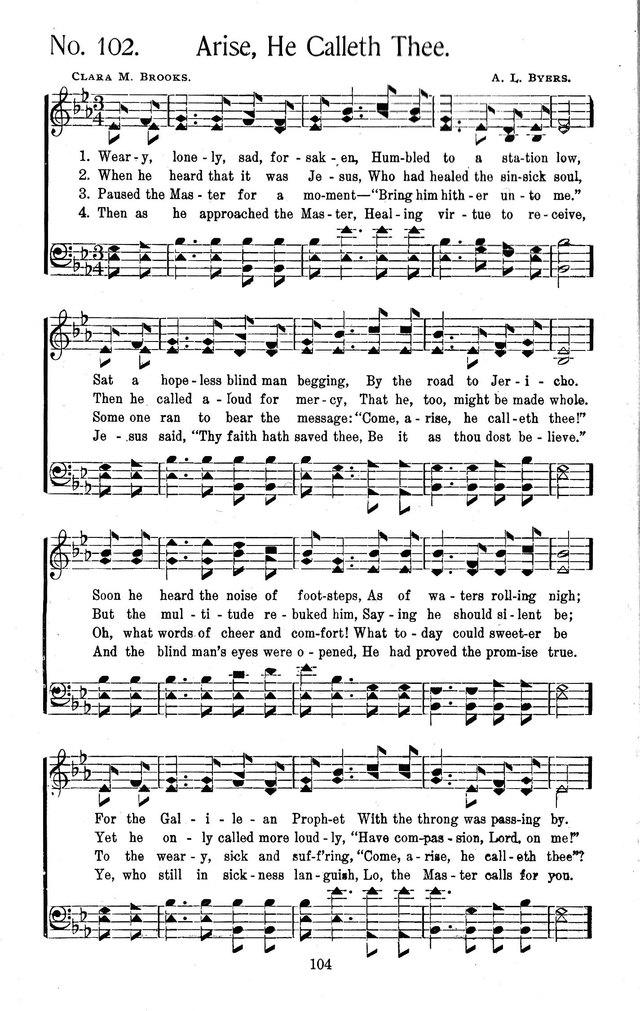