When All Were Enjoined By Decree 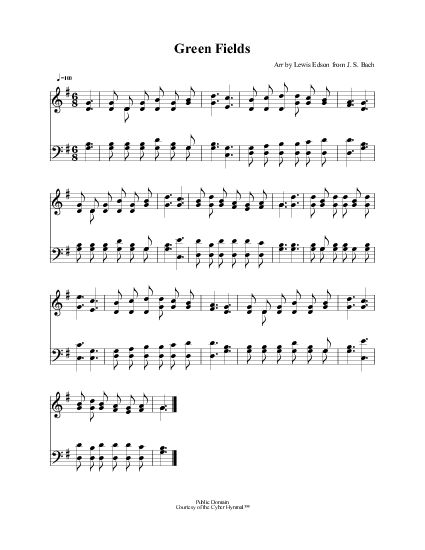 When all were enjoined by decree


2 But some there were found who refused
To prostrate themselves at his word;
They would not obey him, unused
T’adore any god but the Lord.
In vain did the tyrant proclaim,
His purpose to make them comply;
In vain did he point out the flame,
And bid them obey him or die.


3 The champions with confidence said,
Let others, O king, dread thine arm;
In vain are thy terrors displayed,
To us they convey no alarm.
Our God, whom we worship, is nigh
To save us, O king, from thine hand;
But know, we choose rather to die,
Than yield to thy impious command.


4 ’Tis thus that the saints must obey,
Their work must be thoroughly done;
Though death should appear on the way,
Their duty is still to go on.
The Lord will approve at the last,
Those only who thus persevere;
And such, when the conflict is past,
Before Him with joy shall appear.

The tune most commonly known as DE FLEURY is a German folk tune. In American shape-note tradition the tune is known as GREEN FIELDS or GREENFIELDS. J. S. Bach quoted it in his "Peasant Cantata," but he did not compose it. It has also been misattributed to Maria DeFleury and to Lewis Edson. Edson wro…

All tunes published with 'When All Were Enjoined By Decree'^ top