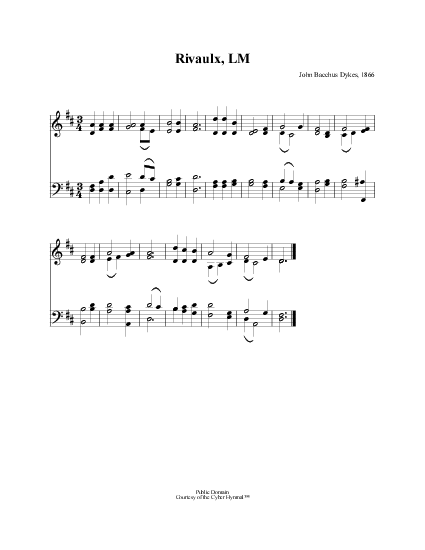 When darkness long has vailed my mind

1 When darkness long has vail'd my mind,
And smiling day once more appears,
Then, my Redeemer! then I find
The folly of my doubts and fears.


2 I chide my unbelieving heart;
And blush that I should ever be
Thus prone to act so base a part,
Or harbor one hard thought of thee!


3 O let me then at length be taught
(What I am still so slow to learn,)
That God is love, and changes not,
Nor knows the shadow of a turn.


4 Sweet truth, and easy to repeat!
But when my faith is sharply try'd
I find myself a learner yet,--
Unskillful, weak, and apt to slide.


5 But, O my Lord, one look from thee
Subdues the disobedient will;
Drives doubt and discontent away,
And thy rebellious worm is still.


6 Thou art as ready to forgive,
As I am ready to repine;
Thou, therefore, all the praise receive;
Be shame, and self-abhorrence, mine.

Source: A Collection of Hymns and Prayers, for Public and Private Worship #291

When darkness long has veiled my mind. W. Cowper. [Peace.] First published in R. Conyer's Collection, 1772, in 4 stanzas of 4 lines, and headed “Trials overcome by Hope." When included in the Olney Hymns, 1779, Bk. iii., No. 23, it was expanded into 6 stanzas of 4 lines, and headed, "Peace after a Storm." In its full, or in an abbreviated form, it is found in several hymn-books in Great Britain and America, both old and new. Although not referred to, so far as we can find, in Cowper's Memoirs, it was evidently written at or about the same time as his "God moves in a mysterious way."

All tunes published with 'Return of Joy'^ top 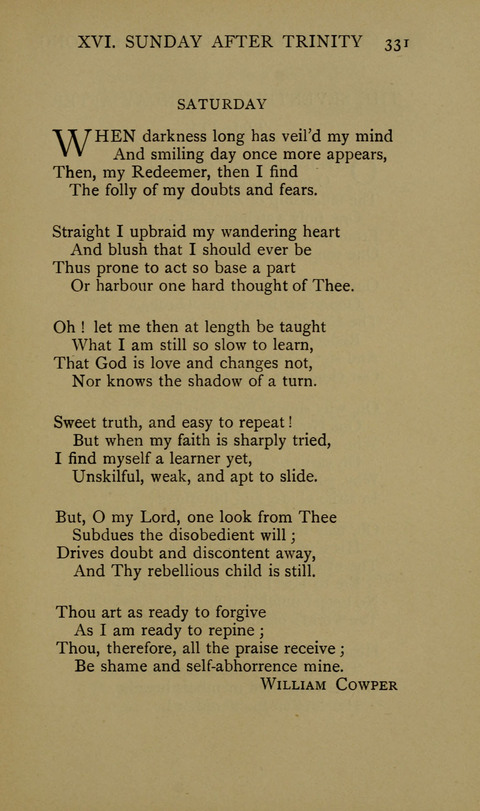