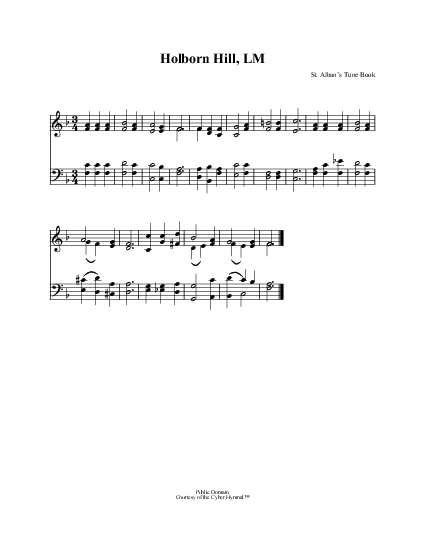 When God, provoked with daring crimes

When God, provoked with daring crimes,
Scourges the madness of the times,
He turns their fields to barren sand,
And dries the rivers from the land.


His word can raise the springs again,
And make the withered mountains green;
Send showery blessings from the skies,
And harvests in the desert rise.


[Where nothing dwelt but beasts of prey,
Or men as fierce and wild as they,
He bids th' oppressed and poor repair,
And builds them towns and cities there.


They sow the fields, and trees they plant,
Whose yearly fruit supplies their want;
Their race grows up from fruitful stocks,
Their wealth increases with their flocks.


Thus they are blessed; but if they sin,
He lets the heathen nations in;
A savage crew invades their lands,
Their princes die by barb'rous hands.


Their captive sons, exposed to scorn,
Wander unpitied and forlorn;
The country lies unfenced, untilled,
And desolation spreads the field.


Yet if the humbled nation mourns,
Again his dreadful hand he turns;
Again he makes their cities thrive,
And bids the dying churches live.]


The righteous, with a joyful sense,
Admire the works of Providence;
And tongues of atheists shall no more
Blaspheme the God that saints adore.


How few with pious care record
These wondrous dealings of the Lord!
But wise observers still shall find
The Lord is holy, just, and kind. 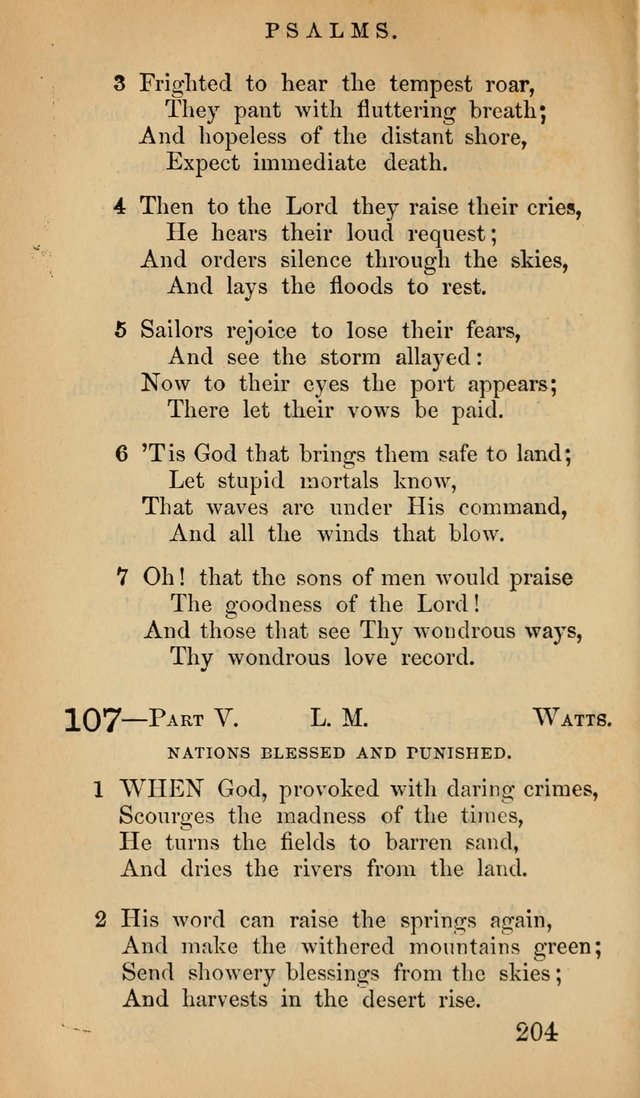 View Page
The Psalms and Hymns, with the Doctrinal Standards and Liturgy of the Reformed Protestant Dutch Church in North America (1860), p.212
^ top