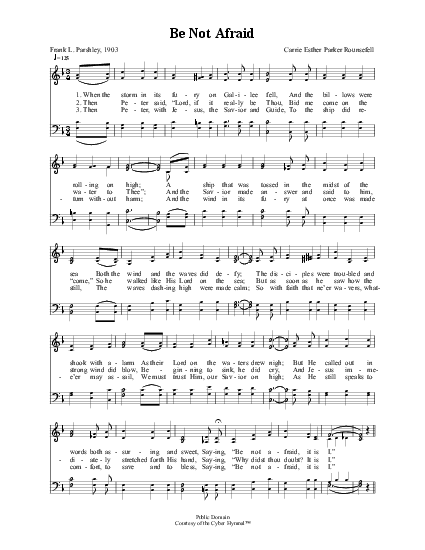 When the storm in its fury on Galilee fell, And the billows wer rolling on high (Parshley)

Author: Frank L. Parshley
Tune: [When the storm in its fury on Galilee fell]
Published in 5 hymnals

1 When the storm in its fury on Galilee fell,
And the billows were rolling on high;
A ship that was tossed in the midst of the sea
Both the wind and the waves did defy;
The disciples were troubled and shook with alarm
As their Lord on the waters drew nigh;
But He called out in words both assuring and sweet,
Saying, "Be not afraid, it is I."


2 Then Peter said, "Lord, if it really be Thou,
Bid me come on the water to Thee";
And the Savior made answer and said to him, "Come,"
So he walked like His Lord on the sea;
But as soon as he saw how the strong wind did blow,
Beginning to sink, he did cry,
And Jesus immediately stretched forth His hand,
Saying, "Why didst thou doubt? It is I." [Refrain]


3 Then Peter, with Jesus, the Savior and Guide,
To the ship did return without harm;
And the wind in its fury at once was made still,
The waves dashing high were made calm;
So with faith that ne’er wavers, whate’er may assail,
We must trust Him, our Savior on high;
As He still speaks to comfort, to save and to bless,
Saying, "Be not afraid, it is I." [Refrain]

[When the storm in its fury on Galilee fell]

All tunes published with 'Be Not Afraid'^ top 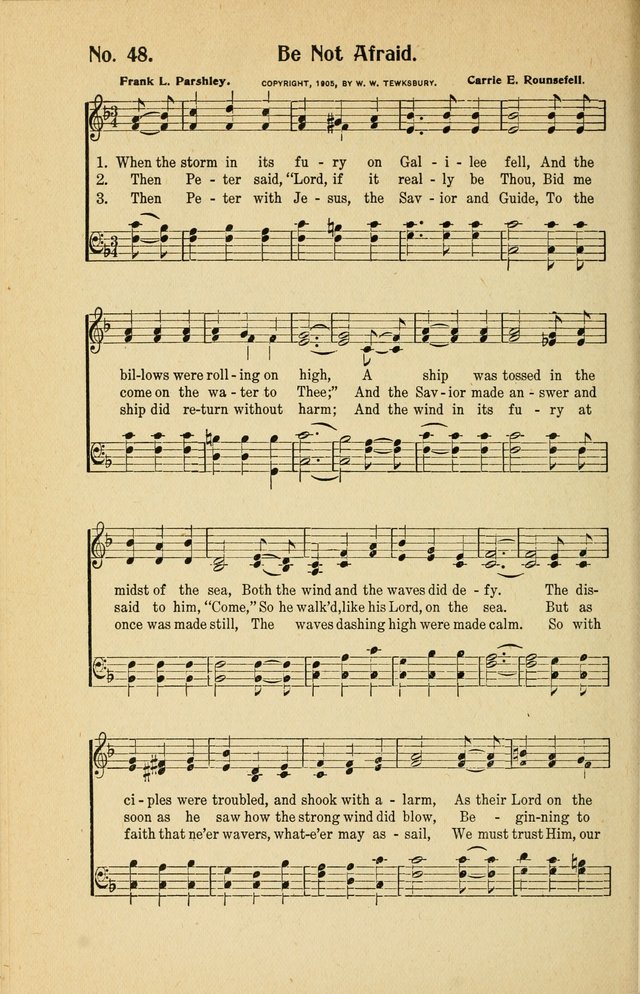