While shepherds in Jewry were guarding their sheep 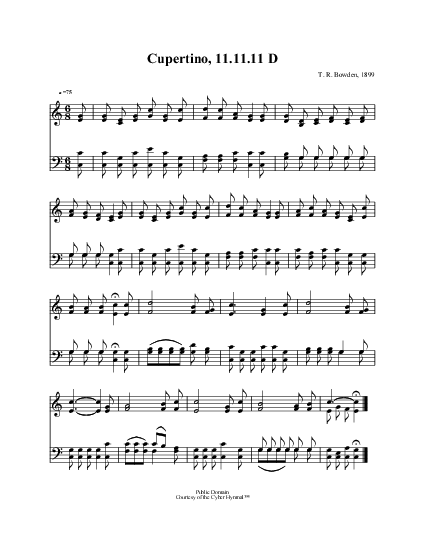 While shepherds in Jewry were guarding their sheep

Tune: [The Lord's my Redeemer, my stronghold is he]
Published in 21 hymnals

1 While shepherds in Jewry were guarding their sheep,
Promiscuously seated, estrangèd from sleep,
An angel from Heaven presented to view,
And thus he accosted the trembling few:
"Dispel all your sorrows, and banish your fears,
For Jesus your Savior in Jewry appears."


2 "When Adam the first in rebellion was found,
Forbidden to tarry on hallowèd ground,
Now Adam the second appears to retrieve
The loss you sustained by the devil and Eve;
Then, shepherds, be tranquil, this instant arise,
Go visit the Savior and see where He lies."


3 "A token I leave you whereby you may find
This heavenly stranger, this friend to mankind;
A manger His cradle, a stall His abode,
The oxen are near Him beholding your Lord.
Then, shepherds, be humble, be meek and lie low,
For Jesus your Savior’s abundantly so."


4 This wondrous story scarce bowed on the ear,
When thousands of angels in glory appear;
They join in the concert, and this was the theme,
All glory to God and good will toward men.
Then shepherds, strike in, join your voice to the choir
And catch a few sparks of celestial fire.


5 "Hosannah," the adoring shepherds now cried,
"Hosannah," the angels in glory replied;
Salvation through Jesus to mortals made known,
In glory to God through the birth of His Son.
"Now, shepherds, adieu, we commend you to God,
Go visit the Son in His humble abode."


6 To Bethlehem’s city the shepherds repaired,
For full confirmation of what they had heard;
They entered the stable with aspects so mild,
And there they beheld both the mother and child.
Then make proclamation, divulge it abroad,
That Jews and Gentiles may hear of the Lord.

[The Lord's my Redeemer, my stronghold is he] 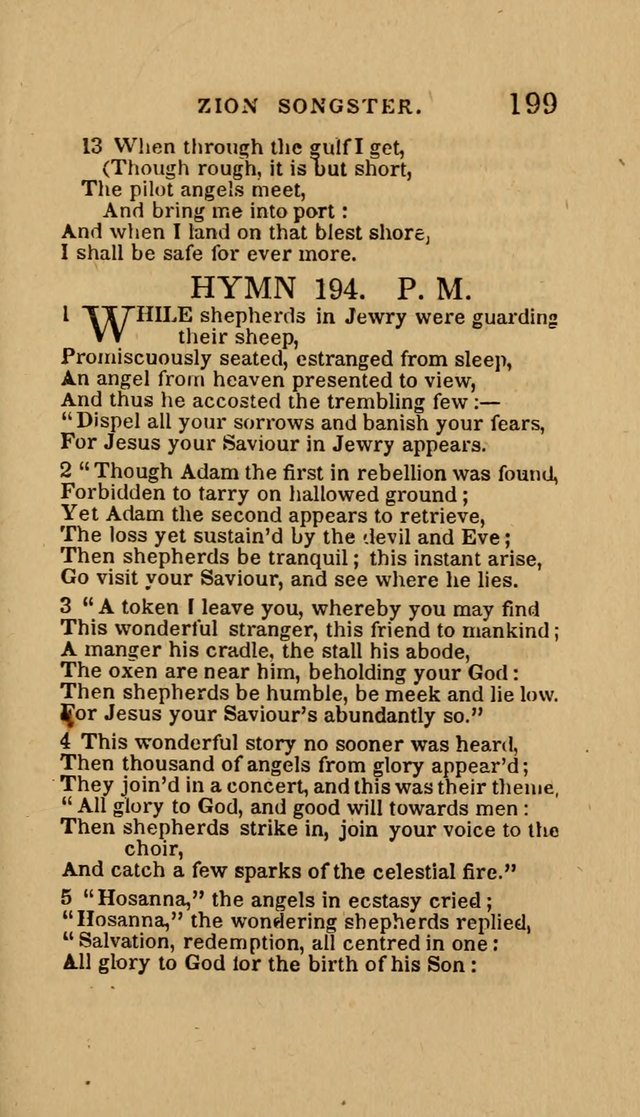 View Page
The Zion Songster: a Collection of Hymns and Spiritual Songs, Generally Sung at Camp and Prayer Meetings, and in Revivals or Religion (95th ed.) (1854), p.206
^ top